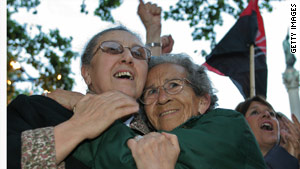 Montevideo, Uruguay (CNN) -- A court sentenced former Uruguayan President Juan Maria Bordaberry to 30 years in prison on Wednesday for the coup that consolidated his power in 1973 and for human rights violations.

Bordaberry, 81, had already been under house arrest since 2007 for the killings of two opposition legislators in 1976.

Bordaberry assumed office in 1972 following an election that has since been questioned. In 1973, he backed a military coup that kept him in power, and dissolved congress and suspended the country's constitution. The military pushed him out in favor of another leader in 1976.

Journalist Dario Klein contributed to this report for CNN