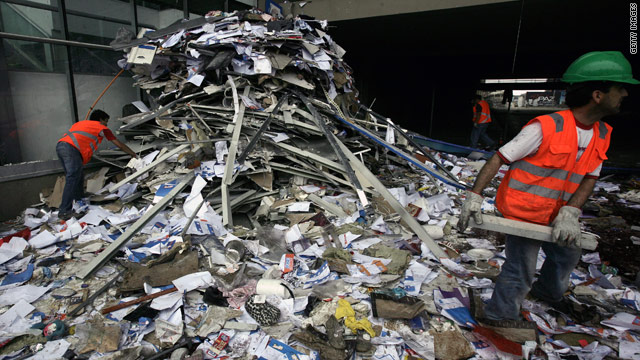 (CNN) -- The magnitude-8.8 earthquake that rocked the west coast of Chile last month was violent enough to move the city of Concepcion at least 10 feet to the west and the capital, Santiago, about 11 inches to the west-southwest, researchers said.

The quake also shifted other parts of South America, as far apart as the Falkland Islands and Fortaleza, Brazil.

The results were reached via global positioning satellite measurements taken before and after the February 27 quake by teams from The Ohio State University, the University of Hawaii, the University of Memphis and the California Institute of Technology, as well as agencies across South America.

NASA scientists have also credited the quake with shifting the Earth's axis enough to create shorter days. The change is negligible, but still worth noting: Each day should be 1.26 microseconds shorter, according to preliminary calculations. A microsecond is one-millionth of a second.

A large quake -- like the one that hit Chile's Maule region -- shifts massive amounts of rock and alters the distribution of mass on the planet.

When that distribution changes, it changes the rate at which the planet rotates. And the rotation rate determines the length of a day.

"Any worldly event that involves the movement of mass affects the Earth's rotation," Benjamin Fong Chao, of NASA's Goddard Space Flight Center in Greenbelt, Maryland, said while explaining the phenomenon in 2005.

Despite the tragedy of the earthquake, which killed hundreds of Chileans, scientists see opportunities to gain valuable information in the aftermath.

"The Maule earthquake will arguably become one of the, if not the most important, great earthquakes yet studied," said Ben Brooks of the School of Ocean and Earth Science and Technology at the University of Hawaii.

"We now have modern, precise instruments to evaluate this event."