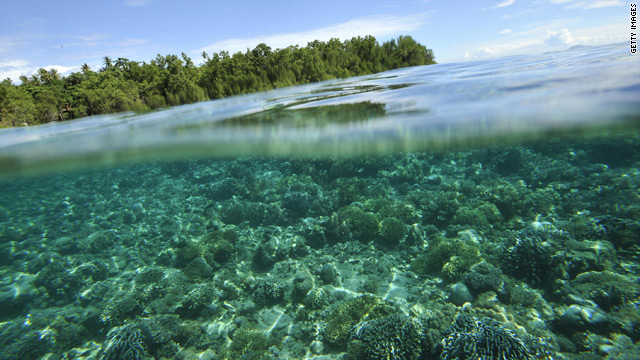 The U.N. report says that many eco-systems are reaching a "tipping point."
STORY HIGHLIGHTS
RELATED TOPICS

(CNN) -- The world's eco-systems are at risk of "rapid degradation and collapse" according to a new United Nations report.

The third Global Biodiversity Outlook (GBO-3) published by the Convention on Biological Diversity (CBD) warns that unless "swift, radical and creative action" is taken "massive further loss is increasingly likely."

Ahmed Djoghlaf, executive secretary of the CBD said in a statement: "The news is not good. We continue to lose biodiversity at a rate never before seen in history."

The U.N. warns several eco-systems including the Amazon rainforest, freshwater lakes and rivers and coral reefs are approaching a "tipping point" which, if reached, may see them never recover.

The report says that no government has completely met biodiversity targets that were first set out in 2002 -- the year of the first GBO report.

Executive Director of the U.N. Environmental Program Achim Steiner said there were key economic reasons why governments had failed in this task.

"Many economies remain blind to the huge value of the diversity of animals, plants and other life-forms and their role in healthy and functioning eco-systems," Steiner said in a statement.

Although many countries are beginning to factor in "natural capital," Steiner said that this needs "rapid and sustained scaling-up."

Despite increases in the size of protected land and coastal areas, biodiversity trends reported in the GBO-3 are almost entirely negative.

Vertebrate species fell by nearly one third between 1970 and 2006, natural habitats are in decline, genetic diversity of crops is falling and sixty breeds of livestock have become extinct since 2000.

"In terms of land-use change, it's thought that the annual financial loss of services eco-systems provide -- water, storing carbon and soil stabilization -- is about €50 billion ($64 billion) a year," Nuttall told CNN.

"If this continues we may well see by 2050 a cumulative loss of what you might call land-based natural capital of around €95 trillion ($121 trillion)," he said.

"If we start putting these figures on the table, then governments might actually wake up to this. We've had a financial crisis. We've also got a natural resource scarcity crisis looming fast."

The GBO-3 is a landmark study in what is the U.N.'s International Year of Biodiversity and will play a key role in guiding the negotiations between world governments at the U.N. Biodiversity Summit in Nagoya, Japan in October 2010.

U.N. Secretary General Ban Ki-moon urged governments to give biodiversity a "higher priority in all areas of decision making and in all economic sectors" and called for a "new vision for biological diversity."

The CBD -- an international treaty designed to sustain diversity of life on Earth -- was set up at the Earth Summit in Rio de Janeiro in 1992.