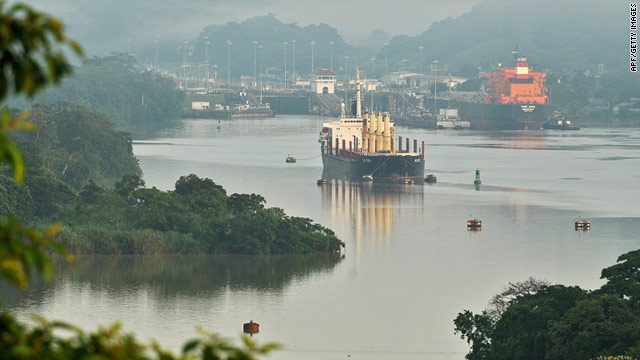 (CNN) -- The Panama Canal reopened Thursday after heavy rains and flooding prompted its closing for only the third time in its storied 96-year history.

Officials closed the canal around noon Wednesday after heavy rain in the Chagres River area, caused water behind the Gatun Dam -- which creates Lake Gatun, a significant part of the canal -- to rise.

The canal was reopened 17 hours later.

The last time the canal closed was in 1989, after the United States invaded Panama to topple strongman Manuel Noriega. Landslides forced the canal to close for several months from late 1915 to mid-1916, just months after it opened.

The 48-mile canal is a key conduit for shipping between the Pacific and Atlantic oceans. The canal was built from 1904 to 1914 by the United States, which had sole control over the channel across the Panamanian isthmus until 1979. Then, after 20 years of joint U.S.-Panama control, the Panamanian government assumed administration on December 31, 1999.