Q&A: Acid attacks around the world 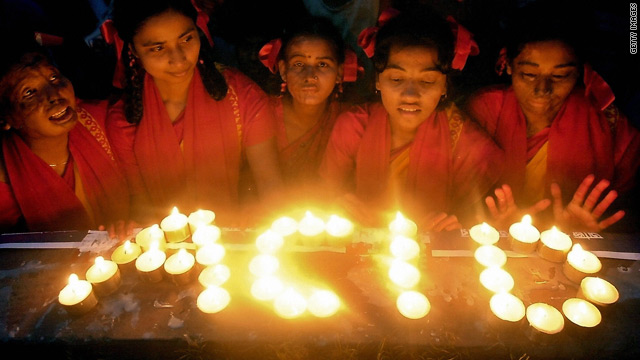 (CNN) -- Police in Hong Kong are searching for a man they believe was responsible for the latest acid attack on a popular tourist spot.

About 30 people were injured in Saturday's attack when two bottles of acid were thrown at shoppers on Temple Street.

It was the latest incident in a series of random attacks that have gripped Hong Kong since December 2008.

What kind of acid is generally used?

In many cases, hydrochloric or sulfuric acid are the most common types of corrosive liquid used during an attack. However, there have been cases where people have thrown corrosive household chemicals as well.

What is sulfuric acid?

Sulfuric acid is an extremely strong mineral acid which is mainly used in the chemical industry. It is most commonly used in lead-acid batteries, oil refinement and fertilizer manufacturing. Sulfuric acid is known for its highly corrosive nature and any hydration of the acid will have a severe effect. It is highly dangerous when coming in contact with human skin.

Where do people buy sulfuric acid?

This highly corrosive acid is difficult to buy in most western countries, but is far more available in poorer places. Many people who wish to buy the acid are also turning to cheaper blends that can still be equally dangerous if used in an attack.

Where are acid attacks most common?

Where else has it happened?

Although acid attacks are not very common western countries, there have been a number of acid throwing crimes, particularly in the United Kingdom. The most notable case was the horrific attack on former television presenter Katie Piper in March 2008.

In July 2009, two men were charged for trying to kill a man by pouring sulfuric acid down his throat in London. London's Metropolitan Police told CNN that acid attacks were not a common form of crime and that there were only a few recorded cases in the last few years.

In December 2008, two people in Greece were the victims of an acid attack that caused serious injury.

In Ethiopia, a young woman had acid thrown in her face by a stalker while she was walking home from work in March 2007.