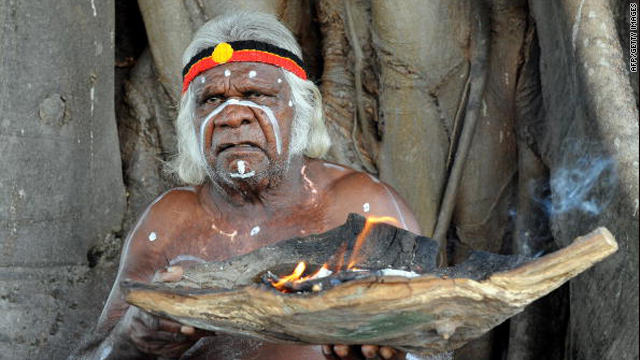 (CNN) -- Australia's government said Monday that it is moving to recognize Aboriginal and Torres Strait Islanders in the nation's constitution.

"The Australian Constitution is the foundation document of our system of government, but it fails to recognize the special place of our first Australians," Prime Minister Julia Gillard's office said in a statement.

A panel will consider how to advance constitutional recognition and offer options for an amendment that Australians could vote on in a referendum, the office said. The panel -- which is to include indigenous and community leaders, constitutional experts and parliamentary members -- will lead a national discussion during 2011, the administration said.

Australia will push further for reforms and investments in early education, health, jobs, housing and services, and infrastructure, aiming to "close the gap in Indigenous disadvantage," the administration said.

In 2008, the Australian government apologized for years of "mistreatment" that inflicted "profound grief, suffering and loss" on the country's Aboriginal people.

Lawmakers unanimously passed a motion proposing the apology. Then-Prime Minister Kevin Rudd read the apology to Aborigines and the "stolen generations" of children who were taken from their families.

"We apologize for the laws and policies of successive parliaments and governments that have inflicted profound grief, suffering and loss on these, our fellow Australians. We apologize especially for the removal of Aboriginal and Torres Strait Islander children from their families, their communities and their country.

"For the pain, suffering and hurt of these stolen generations, their descendants and for their families left behind, we say sorry," Rudd said. "To the mothers and father, the brothers and the sisters, for the breaking up of families and communities, we say sorry. And for the indignity and degradation thus inflicted on a proud people and a proud culture, we say sorry."

For 60 years, until 1970, the Australian government took mixed-race Aboriginal children from their families and put them in dormitories or industrial schools, claiming it was protecting them. As a result of the policy, "stolen" children lost contact with their families and heritage, received poor education, lived in harsh conditions and often endured abuse.

Rudd said the apology was the start of a new approach toward Aborigines, which included helping them find their lost families, and closing pay gaps and a 17-year difference in life expectancy between Aborigines and white Australians.

The child-removal policy was largely a secret until about a decade ago, when a government inquiry exposed it. That sparked a mass movement, supported by many white Australians, demanding an apology.