Karzai wants the U.S. to cut military operations in Afghanistan 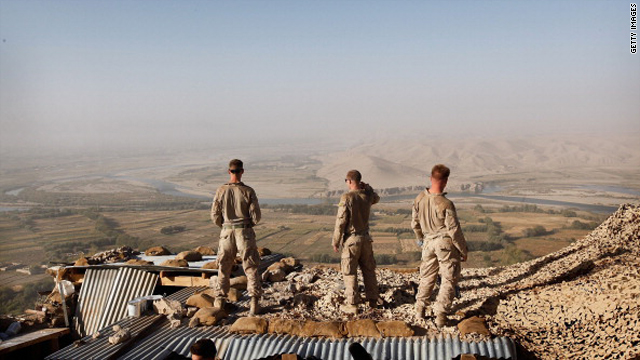 U.S. Marines look out over the Helmand River from outpost West perched above Forward Operating Base (FOB) Zeebrugge on October 23, 2010 in Kajaki.
STORY HIGHLIGHTS
RELATED TOPICS

The newspaper published an exclusive interview with the president that touched on security issues, corruption and Karzai's hopes for the future.

The president added that Afghans have lost patience with the presence of American soldiers in their homes and on their roads, the newspaper reported. He specifically cited night raids as a major source of frustration.

Karzai called the raids a violation of the sanctity of Afghan homes and warned they push people into the arms of the insurgency.

The Post reported that U.S. Special Operations forces have killed or captured 368 insurgent leaders during nighttime raids in the past three months.

"The raids are a problem always. They were a problem then, they are a problem now. They have to go away," Karzai said. "The Afghan people don't like these raids, if there is any raid it has to be done by the Afghan government within the Afghan laws. This is a continuing disagreement between us."

Karzai's comments put him at odds with U.S. policy in Afghanistan, as carried out by U.S. Army Gen. David Petraeus. Since Petraeus took command, lethal airstrikes and ground actions have picked up as part of a broader counterinsurgency plan.

"The Petraeus strategy must be allowed to go forward for us to be successful. The security gains are obvious. We're not there yet, but we're moving in the right direction and to take the night raids off the table would be a disaster," said Graham.

U.S. President Barack Obama ordered the deployment of 30,000 extra U.S. forces to Afghanistan this year, increasing the total American troop commitment to almost 100,000. His administration has said it would begin taking troops out of Afghanistan around the middle of next year, depending on ground conditions.

Graham said the summer of 2011 is the right time to talk about bringing some troops home, but added he thought the United States would need to keep a substantial number of soldiers in Afghanistan until 2014.

In the interview, Karzai said the current level of U.S. troops in Afghanistan is unsustainable, though he acknowledged a quick withdrawal might also be dangerous. Still, he said that American troops should stay on their bases more and limit their operations.

"Our Marines, Army, Navy, Air Force are doing a magnificent job. They are penetrating into areas that they haven't been before," said McCain.

Karzai said he was grateful for U.S. financial support, particularly for development projects, but blamed American inflows for breeding corruption, the Post reported.