From Vee Intarakratug, For CNN 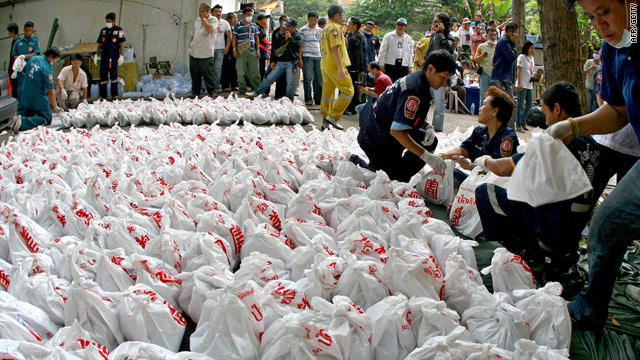 Volunteers carry the remains of fetuses from the Phai-nguern Chotinaram temple in central Bangkok on November 19, 2010.
STORY HIGHLIGHTS

Bangkok, Thailand (CNN) -- A legislator from Thailand's ruling party said Tuesday that he is proposing a new abortion law there after police found thousands of illegally aborted fetuses in a Buddhist temple.

The proposed law would allow unprepared, underage mothers and poor parents who can't afford to feed their children to get abortions, lawmaker Satit Pitutacha said.

Satit said that he and other legislators would submit a bill for debate when the lower house convenes in January.

The law would decrease the death rate of women during abortion and reduce the rate of deformed or disabled babies born during botched procedures, he said.

"I think this issue should be raised on the national agenda in order to let all parties discuss this sensitive topic, so we can find the optimal solution," he said.

The issue surged to the forefront of public debate in the Southeast Asian country last week, after a smell of decay at the Phai-nguern Chotinaram temple in central Bangkok led investigators to more than 2,000 fetuses there.

But a survey of 1,458 people living in Thailand's capital and neighboring provinces conducted by Suan Dusit Rajabhat University last week said 65.6 percent of respondents felt the abortion laws should be amended, because Thai society had changed radically.

More than 62 percent of those surveyed said they did not understand why there were so many abortions, and about 15 percent said abortion was both a sin and illegal. But nearly half of respondents (47 percent) said it is an individual's right to have an abortion, if the need is shown.

The poll's margin of error was 5 percent, according to the survey's administrators.

After last week's investigation at the Buddhist temple, authorities arrested a woman on charges of performing illegal abortions and opening an unlicensed clinic, said Col. Sombat Milintachinda, chief of the investigation team. And two morticians have been charged with hiding bodies and faced about a year in jail if convicted, police said.