Murderer, cannibal, celebrity: Inside the mind of Issei Sagawa 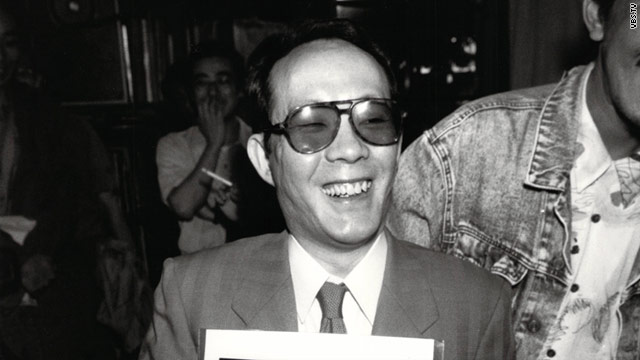 Editor's Note: The staff at CNN.com has recently been intrigued by the journalism of VICE, an independent media company and Web site based in Brooklyn, New York. VBS.TV is VICE's broadband television network. The reports, which are produced solely by VICE, reflect a very transparent approach to journalism, where viewers are taken along on every step of the reporting process. We believe this unique reporting approach is worthy of sharing with our CNN.com readers.

Brooklyn, New York (VBS.TV) -- On the afternoon of June 13, 1981, a Japanese man named Issei Sagawa walked to the Bois de Boulogne, a park on the outskirts of Paris, carrying two suitcases. The contents of those suitcases were the dismembered body parts of a fellow student, a Dutch woman named Renée Hartevelt, whom Sagawa had shot three days prior and had spent the days since, eating various parts of her body.

The details of Sagawa's brief incarceration and subsequent return to Japan are too vague and complex to state here, but for the sake of this introduction, I can say that on August 12, 1986, Sagawa checked himself out of Matsuzawa Psychiatric Hospital and has been a free man ever since. This is the point in the story in which things get really strange.

In his 24 years of freedom since, Sagawa has experienced a level of notoriety ranging from perverse public intrigue to minor celebrity. He has published novels; inspired songs; been the subject of countless documentaries and magazine articles, and exploitation films in which he re-enacts his crime; drawn manga novels and even directed his own personal pornography "experiment." Effectively, he has made a living off his crime.

The prospect of not only meeting such a despicable man but spending several days with him was of course one of apprehension. A walk through his greater Tokyo apartment revealed an almost physical manifestation of his neurosis. Just inside the door, a wall-mounted black balaclava hangs next to cabinets filled with gargoyle-like statuettes, classic literature and trinkets collected over decades of travels (often with young girls he's met under dubious circumstances). Chairs are piled high with stuffed children's toys. His room is like a 14-year-old boy's: adorned with countless images of young girls, some painted by himself, some taken from celebrity magazines.

See the rest of Issei Sagawa's story at VBS.TV

After an initial meeting, we went to a local restaurant for lunch, over which Sagawa recommended we visit the national park around Mount Fuji. "Breathtaking scenery," he assured us, "and there is a part of the forest where people go to commit suicide called Aokigahara. If I could drive, I would go there and kill myself," he remarked casually. I explained that, funnily enough, we had been there a few days prior, shooting a documentary surrounding the park, and actually the train was modestly priced.

We returned to his tiny apartment and began the interview. Sagawa stared into the lens of the camera and began his story. Clearly, at times his delivery was scripted and straight from the pages of his novels. It was an abject despair at having to once again recount what he refers to as his "incident." He was constantly desperate to somehow validate his existence, and what unfolded was a confession of a man approaching the end of a very unusual life and having spent too much time reflecting upon it.

Sagawa's punishment, he believes, is the very thing that has supported him -- his fame and the irony is not lost on him. Personally, I feel that this torment has not been punishment enough. Furthermore, I feel that perhaps the blame is just as much upon us, the public. We have been encouraging this strange man to exist in order to feed our macabre fascinations, and the irony of that is not lost on me.