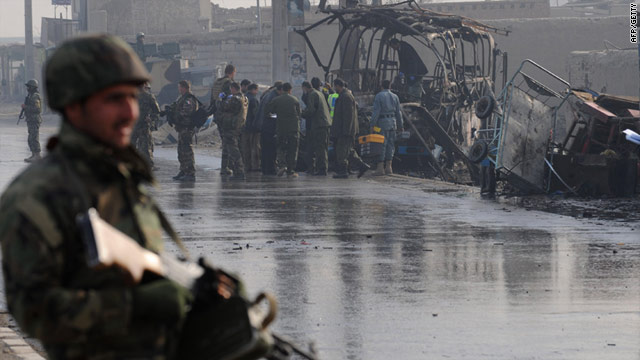 The Taliban claimed responsibility for the attacks on its official website, saying the two attacks were coordinated. In one of the attacks, two would-be suicide bombers in Kabul targeted Afghan National Army vehicles with firearms, said Khalil Dastyar, deputy chief of police in Kabul. Five soldiers were killed.

Two of the suicide attackers were killed Sunday morning, he said, while a third died after fighting authorities for hours.