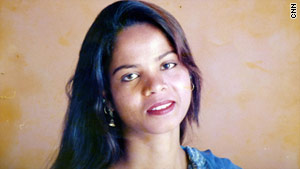 The government will form a committee of scholars to revisit the law, said Shahbaz Bhatti, the federal minister for minority affairs.

It will submit its suggestions and procedures, which will be implemented to stop the law's misuse, the minister said Thursday.

"After the formation of the committee we will .... find the way that whether through the legislation or some other procedural way we can stop the blasphemy law," Bhatti said.

On pardoning of Asia Bibi, a Christian woman sentenced to death for blasphemy of Islam, Bhatti said the president will wait for the judicial proceedings.

Bibi's lawyer has said that the proceedings might take years because the case is still in high court and may later go to the Supreme court.

Religious parties are planning protests after Friday prayers. The parties have been upset since the governor of Punjab province helped file a mercy petition with President Asif Ali Zardari's office requesting a pardon for Bibi.

A Pakistani court in November found the 45-year-old woman guilty of defiling the name of the Prophet Mohammed during a 2009 argument with Muslim fellow field workers.

The offense is punishable by death or life imprisonment, according to Pakistan's penal code.

About 2 million Christians live in Pakistan. The Islamic nation has a population of about 170 million, according to government statistics