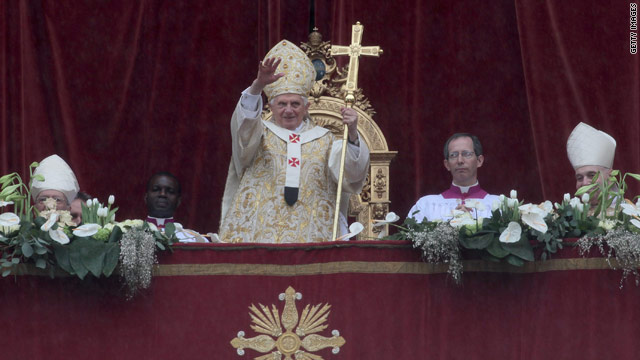 (CNN) -- The pope's personal preacher apologized Sunday for comparing fury over sexual abuse within the church to anti-Semitism.

"If, against my intention, I've hurt the Jewish people's feelings and those of the victims of child abuse, I'm truly sorry and ask forgiveness," the Rev. Raniero Cantalamessa said in an interview published in the Italian newspaper Corriere della Sera.

He emphasized that Pope Benedict XVI "not only did not inspire" the sermon that contained the comparison, but also "like everyone else, heard my words for the first time during the liturgy."

There was no official statement on the apology issued by the Vatican on Sunday. Vatican official did not immediately return calls from CNN.

In a sermon Friday, Cantalamessa referred to a history of "collective violence" against Jews, then quoted from what he said was a letter from a Jewish friend who wrote that the anger at Catholic leadership over the sexual abuse scandal "reminds us of the most shameful aspects of anti-Semitism."

The pope did not refer to the sex abuse scandal in his traditional Easter message on Sunday but said that humanity was suffering from a "profound crisis" requiring "deep change, beginning with consciences."

The pope offered words of support to Christian minorities in Iraq, Pakistan and the Middle East as well as to the earthquake-stricken countries of Haiti and Chile and to Latin American and the Caribbean countries afflicted by drug trafficking. He also called for an end to conflicts in Africa.