Is Bahrain the most modern of the Gulf states? 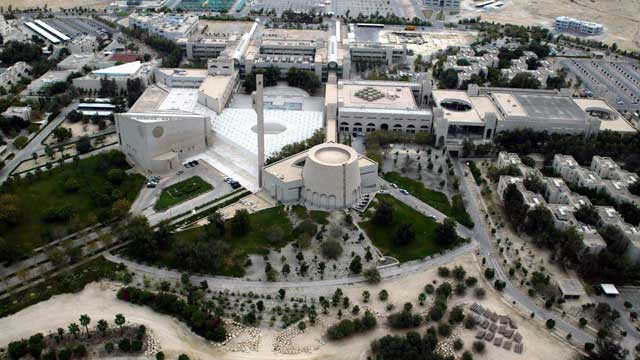 Bahrain, known for centuries for its sparkling pearls, has been diversifying its economy to respond to declining oil reserves.
STORY HIGHLIGHTS

London, England (CNN) -- Cosmopolitan and modern, the Kingdom of Bahrain in the Persian Gulf has enjoyed a traditional prosperity throughout its long and rich history.

Located off Saudi Arabia's eastern coast, the archipelago of 33 islands has been linking trade routes for centuries, attracting a raft of aspirant rulers, including the Sumerians, Assyrians, Persians and Arabs.

Bahrain's name, which means "two seas," is an Arabic word referring to the fresh water issuing from the subterranean springs found within the briny Gulf Sea.

It is believed that the presence of sweet water beneath the salty sea is responsible for the dazzling luster of Bahraini pearls, widely regarded as the best in the world.

For centuries, pearls were the country's biggest exports and its main source of income.

In early 1930s -- coinciding with the collapse of the world pearl market -- Bahrain was the first Gulf state to find a sizeable deposit of crude oil on its grounds, a discovery that boosted the country's economy and accelerated its modernization.

But instead of depending on oil -- since it never enjoyed the high levels of production reached by its oil-rich neighbors, Bahrain moved to introduce a series of economic reforms in a bid to diversify its economy and become the region's leading business hub.

The country, which is a constitutional monarchy with an elected legislative assembly and has been ruled by the al-Khalifa family since 1783, allows 100 per cent foreign ownership in over 95 per cent of business activities without any requirements for local partners.

According to the 2010 Heritage Foundation/Wall Street Journal Index of Economic Freedom, it is the most free economy in the Middle East and the 13th freest in the world, ahead of countries like Japan, Belgium and Germany.

Compared to many of its neighbors, Bahrain is known for being relatively more tolerant and open, claiming to be the most socially liberal society in the region.

Pop legend Michael Jackson moved to the island kingdom with his family after his 2005 acquittal of child molestation charges and lived there for almost a year as a personal guest of Bahraini prince Sheikh Abdulla bin Hamad Isa Al Khalifa.

Bahrain also boasts about being the country with the lowest cost of living in the region as well as being the first Gulf state to provide education for both boys and girls from the 1920s onwards.

Bahraini women -- who do not have to wear headscarves and are allowed freedom of dress -- have had the right to vote and run for office since 2002.

The country is also tapping into territories such as sport -- in a similar way to other Gulf countries that face declining oil reserves -- to promote itself internationally and attract alternative streams of revenue.

Bahrain International Circuit is the home of a series of international motor races, including the annual Gulf Air Bahrain Grand Prix.