Did the stimulus create "zero" jobs? 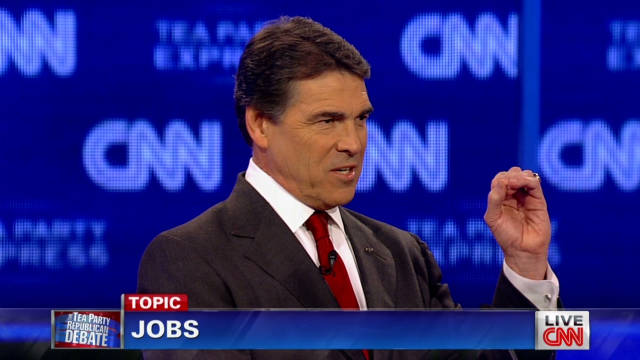 Texas Gov. Rick Perry said at Monday's CNN/Tea Party Debate that President Obama "had $800 billion worth of stimulus in the first round of stimulus. It created zero jobs. Four-hundred-plus billion in this package, and I can do the math on that one. Half of zero jobs is going to be zero jobs."

A more accurate jobs count may come from the nonpartisan Congressional Budget Office, which estimates the American Recovery and Reinvestment Act, also known as the stimulus bill, "increased the number of people employed by between 1.4 million and 3.3 million" in the second quarter of 2010 alone.

The budget office also states that well over half a million jobs were funded in each of the other three quarters of 2010.

The federal government website recovery.gov, which was set up to track stimulus spending, estimated that the stimulus "saved or created" 3.5 million jobs as of the fourth quarter of 2010.

False: Although the exact number of people put to work by stimulus funds is difficult if not impossible to pin down, nonpartisan economists agree that jobs were created.