Why did we get a monster jobs report if the economy is slowing?
Gautam Adani lost half his wealth in a flash. Here's what happened
Ford Mustang Mach-E has a mile of wires it doesn't need. That's a big deal
Something isn't loading properly. Please check back later.

Kieron Monks
Updated 9:43 AM EST, Tue November 25, 2014
Link Copied!
A new perspective —
Skydiving in South Africa, part of a virtual tour created by UK studio Visualise
Visualise
The full picture —
Panorama of New York City, used to create a virtual tour.
Visualise
Coming to America —
The launch of Oculus Rift headsets is imminent, with virtual experiences set to flood the new market.
Visualise
Elephant in the room —
Also from South Africa tour, a chance to meet exotic wildlife without leaving your building.
Visualise
Behind the scenes —
Visualise photographer and co-founder Henry Stuart sets up the camera to capture the masses of footage needed to create a virtual experience.
Visualise
All gain, no pain —
Virtalis allow virtual prototyping that saves time and cost in industries such as aerospace and shipbuilding, and means mistakes are caught early.
Virtalis
Freedom in the boardroom —
A business conference can take in virtual tours in a range of settings.
The next generation —
Students at Coventry University use the modeling tools to design a motorbike.
Virtalis
Try before you buy —
A virtual tour of an airline cabin, courtesy of UK firm Zerolight.
zerolight
Getting real —
The shift from games to business is exemplified by Canon's MREAL - mixed reality - device, tailored to manufacturing needs and yours for $125,000.
Canon

Virtual worlds come to life in the workplace

Virtual reality is about to be unleashed in business

Brands are using it to offer test drives and virtual showrooms

A winter commute can seem far easier when the office is a Caribbean beach complete with lapping waves, a lilting calypso soundtrack, and no boss to bother you.

The ability of virtual reality to transform worlds is not limited to gaming, and as excitement builds ahead of the launch of Oculus Rift, creative applications are emerging that promise to transform the workplace. These are just a few of the ideas that will turn ‘business as usual’ upside down.

If a sports car catches your eye online, rather than admiring a picture or video, you could take it for a spin then and there and instantly discover if it’s right for you.

“People can walk around a scale model and interact with it,” says Sarah Cockburn-Price, spokesperson of virtual veterans Virtalis. “It breaks down barriers because the team can share and work on it from different locations, and work out how to best manufacture it.”

It’s much safer, and saves you time and materials

“If you’re training to work on an oil rig, it’s much safer to have that experience in the virtual world rather than the North Sea, as well as saving you time and materials” says Jason Collins, marketing director of visualization specialists ZeroLight.

The great promise of Facebook’s multi-billion acquisition of Oculus was that a whole new dimension of social networking could be built on face time, meeting and interacting on a virtual plain, which could be adapted to the most convivial of settings – taking a boardroom to the beach.

“In attending a virtual conference, it’s a shared experience with the other people that feels as though you are in the same place, far more so than in audio call.” 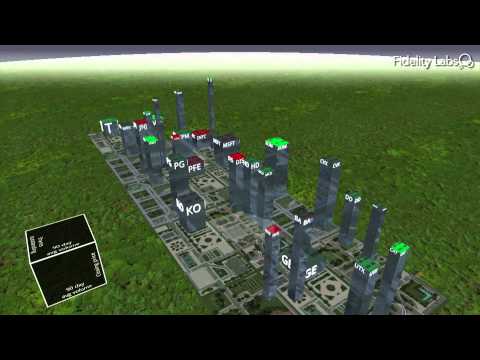 READ: Technology gets a makeover as fashion gets futuristic