Is there no longer any refuge from the humiliations of economy class?

That seems to be the underlying message of a 29-second video posted online this week by British journalist Owen Thomas lambasting the condition of the first-class cabin on a British Airways flight.

Anticipating a luxurious experience on a flight from London to Saint Lucia on January 17, Thomas instead found a first-class cabin he describes in the video as “absolutely filthy” and “disgusting.”

In the video, Thomas, a Bloomberg TV anchor who has previously worked for CNN International and the BBC, points out stained surfaces then lifts his seat cushion to reveal dirt and dust collected underneath. 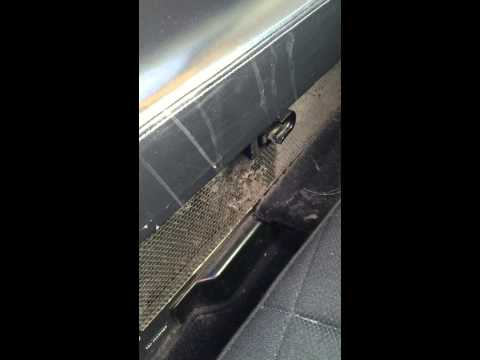 “It’s when you open your seat that the real horror begins,” Thomas says in dramatic fashion, narrating the video as he shoots it. “This is British Airways first class. It’s disgusting.”

The video shows only Thomas’ seating area, and no other parts of the cabin.

After the video went viral, a BA spokesperson told London’s Telegraph: “We are very sorry that on this occasion we have fallen short of our usual high standards. We pride ourselves on delivering a relaxing and pleasant experience in first class, and are taking immediate action to address this issue.”

In October, BA was named the world’s best airline with the third-best first class in the London-based “Business Traveller Awards 2014.”

What are the world’s safest airlines?