She said the Disney star looked like she smelled of weed

Amid criticism for her comments about one star’s hair, Giuliana Rancic may want to stick to critiquing the clothing at awards shows.

The E! personality is on the receiving end of backlash over comments she made about Disney star Zendaya Coleman during the network’s “Fashion Police” show.

On Sunday night, Coleman appeared on the Academy Awards red carpet in an ivory Vivienne Westwood gown and faux dreadlocks. In a conversation with co-hosts Kelly Osbourne, Kathy Griffin and Brad Goreski, Rancic remarked, “I feel like she smells like patchouli oil … or maybe weed.”

Social media were not amused by what some said was a racist remark.

Coleman offered a response via an Instagram posting that said, in part, “To say that an 18-year-old young woman with locs (dreadlocks) must smell of patchouli oil or ‘weed’ is not only a large stereotype but outrageously offensive.”

Rancic tweeted an apology and said her remark was not about race.

Dear @Zendaya, I'm sorry I offended you and others. I was referring to a bohemian chic look. Had NOTHING to do with race and NEVER would!!!

On Tuesday night, Rancic went on E! to again apologize and said she had learned a great deal from the incident.

“I just want everyone to know I didn’t intend to hurt anybody,” Rancic said. “But I’ve learned it is not my intent that matters; it’s the result. And the result is that people are offended, including Zendaya, and that is not OK.” 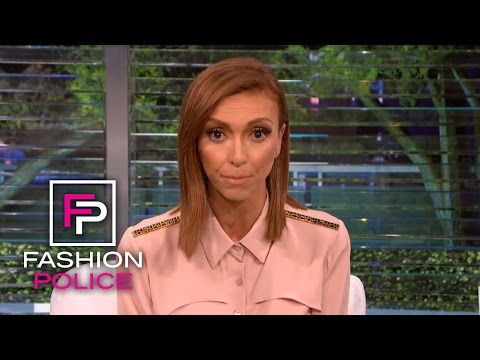 The controversy caused Osbourne to tweet that she is considering leaving the show.

I WILL NOT BE DRAGED INTO THIS! The situation is being rectified like ADULTS by both parties. I hope you can leave it to them & do the same!

you guys do realize that @Zendaya is my friend right?

Im giving everyone involved 24 hours to make it right or the world will hear how I really feel. contactually Im not allowed to speak!

I DID NOT MAKE THE WEED COMENT. I DO NOT CONDONE RACISM SO AS A RSULT OF THIS IM SEREIOULSY QUESTIONONIG STAYING ON THE SHOW!