The 2016 race welcomed yet another challenger vying to become America’s next commander-in-chief on Monday. No, it wasn’t Jeb Bush or Elizabeth Warren – it was, of course, Waka Flocka Flame.

The Atlanta rapper – whose real name is Juaquin James Malphurs – fittingly announced his candidacy on 4/20 in a video posted by Rolling Stone magazine, promising to immediately legalize marijuana, ban dogs from restaurants and make sure people with feet over size 13 never walk the streets again. 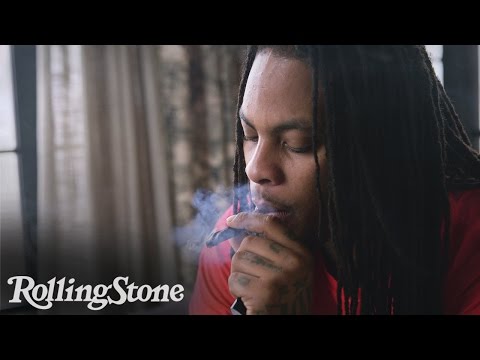 “I’m very pleased to announce today – on 4/20, the best day of the year – I will be running for president,” he said. “And the first thing I’m gonna do when I get into office is legalize marijuana.”

This is actually not the first time Waka has waded into the national political debate.

On March 10, he appeared on CNN’s “Erin Burnett Out Front” to express his disgust at an unearthed video showing members of the University of Oklahoma’s SAE fraternity performing racist chants.

“For me to see that video – I was like, ‘Damn, that’s what ya’ll do behind closed doors?’ That disgusted me,” he told CNN’s Brianna Keilar who was hosting the show.

In his announcement video, Waka also highlighted his proposals on education (“We need to start teaching these kids more reality … skills”), congressional relations (“F— the Congress, I am Congress, I’m the President”) and a minimum wage increase (“All fast food restaurants should be paying $15 an hour…”)

While his political ambition may have not been widely known, Waka did tweet out his presidential intentions on Election Day 2012.

There’s no word yet on potential campaign staff, but now America is left to wonder if we could see our first blunt rolled in the oval office sooner than we expected.