Colossal telescope could glimpse the birth of the universe

Built on a Chilean mountainside, it will offer the best glimpses of the early universe so far

In the vast expanse of the universe, we are still trying to find our place. Is there anyone else out there? Where do we come from? Are there other habitable planets like our own?

These are just some of the questions astronomers and scientists grapple with on a daily basis.

Astronomers are enlisting a massive new telescope on a mountainside at Chile’s Las Campanas Observatory in their quest for answers.

The Giant Magellan Telescope (GMT), will be the biggest Earth-based optical telescope ever built, ushering in a new era of deep space exploration.

“The GMT will herald the beginning of a new era in astronomy. It will reveal the first objects to emit light in the universe, explore the mysteries of dark energy and dark matter, and identify potentially habitable planets in the Earth’s galactic neighborhood,” said Wendy Freedman, chair of the Giant Magellan Telescope Organization (GMTO) board of directors and university professor of astronomy and astrophysics at the University of Chicago.

“The decision by the GMTO partner institutions to start construction is a crucial milestone on our journey to making these amazing discoveries using state-of-the-art science, technology and engineering,” she said.

Not only will the GMT be the largest optical telescope in the world but – with its seven mirrors spanning a single reflective surface of 25 meters – it will be able to produce spectacular images, 10 times sharper than ones taken by the Hubble Space Telescope, GMTO says.

The telescope will be built near existing large telescopes in a huge dome structure 22 stories high in the dry air of Chile’s Atacama Desert. Its remote location will allow it to capture incredible images of the skies above without being hindered by urban light pollution.

The $1 billion telescope has secured half of its funding, thanks to its 11 international partners, and is expected to see first light in 2021, becoming fully operational by 2024.

GMTO president Edward Moses said: “The GMT is a global scientific collaboration, with institutional partners in Australia, Brazil, Korea, the United States, and in host nation Chile. The construction approval means work will begin on the telescope’s core structure and the scientific instruments that lie at the heart of this $1 billion project.

“Early preparation for construction has included groundwork at the mountaintop site at Las Campanas in northern Chile, and initial fabrication of the telescope’s seven enormous primary mirror segments,” he added.

The GMT is to be the first in a new class of gigantic telescopes and the scientists involved in the project are planning to focus their activities on discovering Earth-like planets orbiting neighboring stars. The telescope is also expected to detect light emitted shortly after the Big Bang 13.8 billion years ago offering astronomers the opportunity to look back to the dawn of the universe. 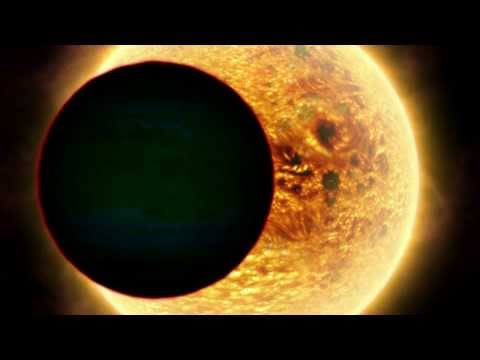 “The new generation of big telescopes is pushing engineering to new limits in the pursuit of incredible scientific discoveries. Larger mirrors let us see fainter objects in more detail, which means we start to see things for the first time that we only thought existed,” said Robert Massey, deputy executive secretary of the UK’s Royal Astronomical Society.

“In the next few decades I’m confident that (even) bigger telescopes, like the European Extremely Large Telescope, will help us answer some of the big questions, telling us whether planets like our own are common in the universe, and just what the first stars to form after the Big Bang were really like.”

Along with other telescopes designated for exploring the early universe, such as Hubble’s successor, The James Webb Space Telescope – which is currently under construction and schedule for launch in 2018) – the GMT’s incredible mirrors are expected to offer scientists the highest quality images of the universe ever captured.

Massey added: “These giant instruments are simply inspirational too. They encourage young people to pursue careers in science and engineering, and the scientists and engineers lucky enough to work on them apply those techniques for the benefit of us all.”

Read: Why does astronomy matter?