“The Seventies” airs at 9 p.m. ET/PT Thursdays on CNN.

The '70s had a number of groundbreaking shows -- for various reasons

If television is a mirror of its times, the 1970s were a very confused era indeed.

The most popular shows of the decade’s first half, such as “All in the Family,” took on social issues with directness and passion. By the late ’70s, however, the biggest hits – “Happy Days,” “Laverne & Shirley,” “The Love Boat” – were about nostalgia and escapism.

But what do you expect from a decade that went from demonstrations to disco?

So much of ’70s television is remembered through rose-colored picture tubes these days, but the decade’s programming was often mediocre. With just three networks – ABC, NBC and CBS – playing to the most mass of mass audiences, excellence was generally the exception, not the rule.

'All in the Family' episode entitled 'Sammy's Visit' featuring Carroll O'Connor, right, as Archie Bunker and Sammy Davis Jr. (as himself) on January 25, 1972. Broadcast on CBS February 19, 1972.
CBS/Getty Images
gallery

It’s not for nothing that John Belushi, in auditioning for “Saturday Night Live” – one of the decade’s breakthrough shows – bragged that his television was covered in spit.

So if the history of the ’70s is a series of mixed messages, here are seven that tell the tale:

The show revolving around the bigoted, working-class Queens dock foreman Archie Bunker was groundbreaking in countless ways. It made a hero (or antihero) of Archie, played with sympathetic brilliance by Carroll O’Connor, who faced off against wife Edith (Jean Stapleton), daughter Gloria (Sally Struthers) and son-in-law Mike Stivic (Rob Reiner) – and pretty much every social issue of the era.

It also made the name of creator Norman Lear, who used the show to establish a series of successful spinoffs, including “Maude,” “Good Times” and “The Jeffersons.” He knew exactly what he was doing.

“I wasn’t going to play around with ‘Mom dented the car and how are we going to keep Dad from finding out about it,’ ” Lear told CNN’s “The Seventies.”

CBS put the show on the air in 1971 – part of a move to replace rural-skewing programs such as “The Beverly Hillbillies” and “Green Acres” – and reaped the benefits. “All in the Family” was No. 1 for five straight seasons and brought TV into a new, more adult-oriented era.

If softer than “All in the Family,” its CBS stablemate “The Mary Tyler Moore Show” was equally influential. It was about an unapologetically single woman working as a producer at a Minneapolis TV station – an unusual subject at a time when housewives were the norm and “women’s liberation,” as it was called, was still gaining ground.

The show was produced by MTM Enterprises, the company created by Moore and her then-husband, Grant Tinker. It established a house style for the many well-crafted MTM shows to follow, including spinoffs “Rhoda” and “Phyllis” as well as “The Bob Newhart Show,” “WKRP in Cincinnati” and “Taxi.”

“The Mary Tyler Moore Show’s” 1977 conclusion, which featured the cast departing the stage to “It’s a Long Way to Tipperary,” is still considered one of the great finales.

Though nominally based on the 1970 Robert Altman film, the TV series “M*A*S*H” – which premiered in 1972 – quickly established its own character. The Korean War doctors of the 4077th MASH unit, led by Hawkeye (Alan Alda) and Trapper John (Wayne Rogers), cracked jokes amid the carnage of war – and the show didn’t shy away from blood, featuring numerous scenes in the camp’s operating theater.

Later seasons were even more unsentimental. The show dropped its already limited laugh track. Characters were killed off, never to return. One episode was based on actual interviews with Korean War soldiers. Its 1983 finale – a 2½-hour movie – remains the highest-rated regular series episode of all time.

“M*A*S*H” demonstrated that a TV comedy need not be funny to be effective.

For the first half of the ’70s, CBS was the No. 1 network in America. But when its former programming head, Fred Silverman, went to ABC, he saw a way of drawing viewers from his former employer. Audiences had grown weary of reality, and it was time for escapism.

“Happy Days,” a show Silverman saved from cancellation, was the perfect example. Set in a cheerful 1950s, “Happy Days” celebrated innocence, family and teen spirit, catering to a more youthful audience than CBS’ issue-oriented comedies. The breakout character of the show was Arthur “the Fonz” Fonzarelli (Henry Winkler), whose big heart belied his look as a leather-jacketed hood. Ayyyyyy!

Not only did it spawn successful spinoffs, including “Laverne & Shirley” and “Mork & Mindy,” it led the way to ABC replacing CBS as TV’s top-rated network – the first time CBS had been bumped since, well, the 1950s.

Suddenly, it was a three-network race.

ABC cemented its dominance with the help of what become known as “jiggle” shows, after the scantily clad women who bounced around in them. The No. 1 jiggle show – featuring three pretty women as bikini-clad detectives – was “Charlie’s Angels.” 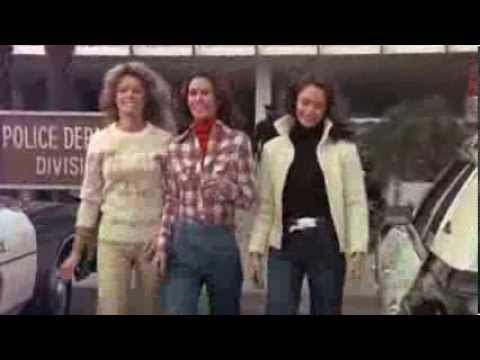 “Angels” was produced by Aaron Spelling, whose late ’70s run at ABC also included “The Love Boat” and “Fantasy Island.” It led to a run of so-called “T&A” at the networks, which used any genre excuse – farce (“Three’s Company”), adventure (“Flying High”) even athletics (“Battle of the Network Stars”) – to show off actress’ figures.

For performers – even male ones – the trend was difficult to avoid. Asked why he had taken part in “Battle of the Network Stars,” LeVar Burton could only smile.

Burton was a key part of the most-viewed program of the ’70s, the miniseries “Roots.” A dramatization of Alex Haley’s 1976 memoir, “Roots” was aired on eight successive nights in January 1977 – not because ABC was confident in its material, but because it wasn’t. If “Roots” flopped, the belief went, at least it would be over quickly.

Instead, it became a phenomenon. Families suddenly immersed themselves in genealogy. Colleges built educational programs around the show. In an era before VCRs, the final episode drew more than 130 million viewers, a record.

And it put race relations at the fore of the American conversation: In civil rights leader Vernon Jordan’s words, “Roots” was “the single most spectacular educational experience in race relations in America.”

The miniseries was nominated for 37 Emmy awards and won nine. A new version is in the works, scheduled for next year.

In the late ’70s, if ABC was enjoying success as TV’s No. 1 network, NBC was a network in decline. The Peacock Network’s only major hits were “Little House on the Prairie” and “CHiPs,” and it was often a laughingstock, thanks to such failures as “The Montefuscos,” “The Waverly Wonders” and “Supertrain.”

But the network did have a bright spot in late night, thanks to some “Not Ready for Prime Time Players.”

“Television was now in the hands of the television generation,” TV critic Tom Shales told “The Seventies.”

Other shows could have made this list. “Monday Night Football” brought sports to prime time. “Sesame Street” (which premiered in late ’69) revolutionized children’s programming. “Police Story,” created by author Joseph Wambaugh, was a pioneering police anthology series. “The Paper Chase,” which was canceled by CBS and later picked up by Showtime, provided the first example that network failures could succeed on cable.

But the next trend was already shaping up. If the ’70s were missing anything, it was the serialized drama. A show CBS premiered on April 2, 1978, tried to change that. The show started slowly but started hitting its stride in late 1979 – and, with its outrageous plotlines, ostentatious displays of wealth and slick production values, became symbolic of the decade to come.

It was called “Dallas.”