I’m recently back from the Marshall Islands – one of the low-lying Pacific island nations that literally could be wiped off the map by climate change and rising seas.

Climate change gets couched, especially by skeptics, as an intangible, far-off issue. But meet people who are terrified their country – everything they know – will be drowned beneath the waves, and you can see that this is a crisis, and one that must be addressed immediately.

I’ll write more soon about my time on the islands – and about the surprising U.S. community where some Marshallese people already are taking refuge from floods. These are topics, by the way, you voted for me to explore as part of my “2 degrees” series on climate change. For now, here’s a look at some of the scariest data about how much ocean levels could rise, and when.

We’re talking about the future here, so estimates vary by source, but the bottom line is this: Our actions today will create the world future generations will have to inhabit.

I hope that’s a world that includes the Marshall Islands and Miami, Bangladesh and London.

Take a look at these facts, and please let me know what you think in the comments.

1. Seas already are rising because of climate change.

2. It’s happening faster than scientists expected, and the collapse of the enormous West Antarctic Ice Sheet now “appears unstoppable,” according to NASA. 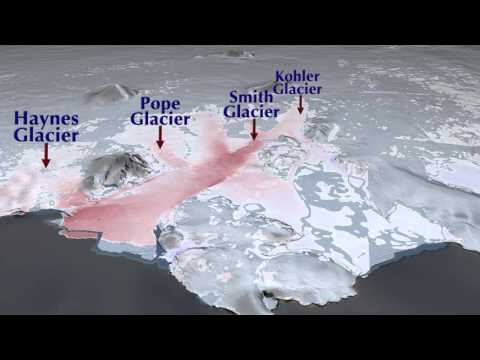 4. Maybe that doesn’t sound like much – but 147 million to 216 million people worldwide can expect to see their homes submerged or put at risk for regular flooding by 2100.

5. In Bangladesh, for example, 15 million people would be at risk for displacement if sea levels rose just 1 meter, or 3 feet. And more than 10% of the country would be underwater.

6. Some remote, island nations also would start disappearing – since many, including Kiribati, the Maldives and the Marshall Islands, sit just above sea level.

7. Some “climate refugees” from these countries won’t have anywhere to go. International laws don’t protect them, so industrialized countries – those contributing to climate change – won’t have to let them cross their borders to seek asylum.

8. This is a financial concern as well. Rising seas pose a serious economic threat to the millions living in at-risk coastal cities.

9. In terms of dollars at risk, Guangzhou, China, in the Pearl River Delta, is more vulnerable to sea-level rise than any other city in the world, according to the World Bank. Many of the most vulnerable cities should look familiar, especially to Americans. After Guangzhou, Miami, New York and New Orleans are next.

10. Miami is in serious trouble. To imagine its possible futures, play with this map from Climate Central.

12. And here’s the possible future of Houston, another low-lying city.

13. Sea levels are slow to respond to the warming climate – so the most troublesome effects may not be seen for centuries. Even if warming is limited to 2 degrees, which is the international goal, seas could be expected to rise nearly 3 meters (9.8 feet) by 2300, according to the Potsdam Institute for Climate Impact Research.

14. And crossing certain “tipping points” – such as the melting of Greenland’s ice sheet – could cause seas to rise much more dramatically in the long term.

15. If Greenland melts completely, which could happen in 140 years, according to “Six Degrees,” by science writer Mark Lynas, then “Miami would disappear entirely, as would most of Manhattan.” “Central London would be flooded. Bangkok, Bombay and Shanghai would also lose most of their area,” he writes in that book. “In all, half of humanity would have to move to higher ground.”

But here’s the good news: All of these risks are lessened – or eliminated – if we stop burning fossil fuels and chopping down carbon-gulping forests. It’s possible to address this crisis.

There are signs of hope. This week, Germany’s Angela Merkel, for example, pressed world leaders to boost their pledges to cut carbon emissions ahead of international negotiations. The so-called “climate chancellor” wants industrialized countries to end fossil fuel use by 2100, according to The Guardian.

Future generations will judge our action, or lack thereof, harshly.

They’ll have every right to do so.

Because we will help determine what the coasts – and the world – look like for centuries.

Email questions to: climate (at) cnn.com.