By Henry Hanks, CNN
Updated 10:50 PM EDT, Sat July 11, 2015
Link Copied!
Buffy Summers, played by Sarah Michelle Gellar, was vampires' worst nightmare in the beloved TV series "Buffy the Vampire Slayer."
From 20th century fox television
Brie Larson is set to star as Carol Danvers / Captain Marvel in the forthcoming "Captain Marvel" film due in theaters in 2019. She will join a group of kick ass women in superhero and sci-fi films which include....
Marvel
Gal Gadot's Wonder Woman first made an appearance in the 2016 film "Batman v Superman: Dawn of Justice." Her 2017 solo movie broke a box-office record for most money made by a film directed by a woman on its opening weekend.
Clay Enos/Warner Bros.
Charlize Theron kicked butt and looked fabulous while doing it as an undercover MI6 agent in "Atomic Blonde." She was strong, smart and beyond fierce in the role.
Focus Features
Daisy Ridley portrays Rey, a young scavenger on the desert planet of Jakku in "Star Wars: Episode VII - The Force Awakens."
Lucasfilm
Former "Glee" star Melissa Benoist (also seen in the Oscar-nominated "Whiplash") plays Supergirl in the CBS series of the same name.
CBS
Blasting her way out of the Death Star, we knew fairly quickly that Leia was not one to be trifled with in the "Star Wars" films. Carrie Fisher played the role.
Lucasfilm Ltd
Krysten Ritter stars as "Jessica Jones" in the Netflix series based on Marvel Comics' "Alias," about a semi-retired superhero-turned-private eye.
Myles Aronowitz/Netflix/marvel
Jennifer Lawrence is back as archer and freedom fighter Katniss Everdeen in "The Hunger Games: Mockingjay, Part 1" and coming soon, the final film, "Part 2."
Lionsgate Films
Zoe Saldana stars in not one but three major sci-fi movie franchises. She's Lt. Nyota Uhura in the rebooted "Star Trek" movies, stars as former assassin Gamora in the Marvel hit "Guardians of the Galaxy" and is Neytiri in "Avatar" and its planned sequels.
Marvel/Twentieth Century Fox
Nichelle Nichols played Lt. Uhura, the communications officer on the Starship Enterprise, in the original "Star Trek" TV series and films. In the recent movie reboots, her role was played by Zoe Saldana.
CBS/Paramount Television/getty images
Margot Robbie portrayed Batman villain (and the Joker's paramour) Harley Quinn in the eagerly awaited film "Suicide Squad."
Warner Bros.
Set in the post-World War II years, the new series "Marvel's Agent Carter" follows the continuing adventures of Peggy Carter, after the presumed death of her boyfriend Steve Rogers (a.k.a. Captain America).
Kelsey McNeal/abc
Scarlett Johansson stole the movie in her first scene in "The Avengers" -- not an easy thing to do. Black Widow was pretty kickass in the film.
Marvel Studios
"Lucy" seems to have boosted Johansson's action movie cred. The actress is reportedly starring in the live-action remake of "Ghost In The Shell."
Courtesy Universal Pictures
Lucy Lawless found fame on TV as the force of nature that was "Xena, Warrior Princess."
YouTube/ Renaissance Pictures
Sigourney Weaver faced off with aliens not once, but four times in the "Alien" films and became the very model of the modern sci-fi heroine.
From Twentieth Century Fox
Linda Hamilton (pictured) was the best known Sarah, but Emilia Clarke took on the Terminator in the 2015 reboot.
TriStar Pictures/Lightstorm Entertainmen
Carrie-Anne Moss' Trinity was the first main character we saw in the "Matrix" and immediately, we were hooked.
Warner Bros.
Tatiana Maslany's "clone club" brings new meaning to the term "girl power" on the critically-acclaimed BBC America series "Orphan Black." Maslany plays Sarah Manning on the show.
Steve Wilkie for BBC America
She may not have "wanted to believe" like her partner Fox Mulder, but Gillian Anderson as Scully on "The X-Files" was one of the best sci-fi characters of the past 20 years.
20th Century Fox /Everett Collection
It's hard to choose a favorite Lois as there's been so many over the years, but we'll go with Margot Kidder's tough as nails reporter from the Christopher Reeve "Superman" movie series.
From Warner Bros.
They switched genders on us with this character in the 2000s reboot, and casting Katee Sackhoff as Starbuck in "Battlestar Galactica" was a stroke of genius.
From Sci-Fi Channel
We didn't even see her face but when she used her katana to slice through zombies at the end of season two, we knew we really liked Michonne, actress Danai Gurira, from "The Walking Dead" right away.
Frank Ockenfels/AMC
Emma Watson's Hermione Granger in the "Harry Potter" movies always knew just the right spell to get out of any situation.
Jaap Buitendijk/WARNER BROS.
We'd rather not remember Halle Berry's take on the seductive thief, Catwoman, but Julie Newmar, Eartha Kitt, Lee Meriwether and Anne Hathaway were all splendid in the role. But for our money, Michelle Pfeiffer (pictured) in "Batman Returns" is the Catwoman to beat.
Warner Bros.
Leela, the pilot of the Planet Express ship, often acts as the voice of reason between Fry, Professor Farnsworth and the others in her crew on "Futurama." Katey Sagal is the voice of Leela.
Twentieth Century Fox
Emilia Clarke's Daenerys Targaryen from "Game of Thrones" is so tough that she will literally walk through fire.
Macall B. Polay/HBO
Mal trusts no one more than his right-hand woman Zoe, played by Gina Torres, in the beloved, short-lived series "Firefly."
From Universal Pictures

She spoke about saying goodbye to the character of Katniss

One day into San Diego Comic-Con, and as one might expect, Jennifer Lawrence conquered it all.

Between posing with con newbie Bill Murray and photobombing Conan O’Brien, the superstar actress was everywhere in San Diego on Thursday.

At a panel that was raucous at times, the star of the upcoming final chapter of the “Hunger Games” saga, “Mockingjay Part 2,” Lawrence was asked about saying goodbye to her most iconic character, Katniss.

“I don’t feel like it’s happened yet,” she said, according to Hitfix.

“It’s still such a big part of my life. These movies really did change my life. The people who are in my life … you guys challenged me. I love you. I think that the changes that happened in my life are so permanent that I don’t think I’ll ever really say goodbye to her. She feels like she’s part of me.”

San Diego Comic-Con is a great place to meet your favorite celebrities and this year's event was no different. Laura Sirikul ran into "The Walking Dead" fan favorite Norman Reedus.
Laura Sirikul/Facebook
Aaron Sagers finished an interview with Peter Capaldi, star of "Doctor Who" and got this photo.
Aaron Sagers/Twitter
One of the most elusive celebrities, Bill Murray, stole the show in the opening hours of the convention, and Alexander Hernandez was able to grab a second with him on camera.
Alexander Hernandez/Instagram
Laura Sirikul happened to catch Wolverine himself, Hugh Jackman in the elevator on the way to his first panel Saturday morning for the upcoming movie "Pan."
Laura Sirikul/Facebook
Grant Gustin (center) is quite fast but Emma Loggins was able to get a photo with the actor who portrays TV's "The Flash."
Emma Loggins/Twitter
Conan O'Brien is spending all of Comic-Con taping his show, and Alexander Hernandez ran across him early during the convention.
Alexander Hernandez/Instagram
It's rare for celebrities to brave the crowds on the convention floor, but John Boyega (left) and Daisy Ridley did just that. The stars of "Star Wars: The Force Awakens" got this selfie with hardcore fan Eliot Sirota.
Eliot Sirota/Twitter
Yet another Doctor! Matt Smith was somewhat incognito but Sam Sobrevinas spotted him and got a quick photo.
Sam Sobrevinas/Instagram
Giving Ellen DeGeneres a run for her money, Chris Morrow snapped this photo with the entire cast for the CW's "iZombie."
Chris Morrow/Twitter
Katharine McPhee, currently on CBS' "Scorpion," met Alexander Hernandez as well.
Alexander Hernandez/Instagram
Steven Moffat is the man behind fan favorite series "Doctor Who" and "Sherlock" and shared a moment with Anna ven Sobrevinas (left) and sister Sam.
Anna Ven Sobrevinas/Twitter
Between "Doctor Who," "Torchwood" and "Arrow," John Barrowman is Comic-Con royalty, so Laura Sirikul made a point to get a photo with him.
Laura Sirikul/Facebook
Speaking of Comic-Con royalty, Zennie Abraham got a selfie with Joss Whedon, director of "The Avengers" movies and creator of "Buffy" and "Firefly."
Zennie Abraham/Twitter
Kunal Nayyar moderated a panel for his hit series "The Big Bang Theory" and later paused for a photo with Emma Loggins (left).
Emma Loggins/Twitter
The "Sharknado" sequels have no end in sight, so Tara Reid returned to Comic-Con, where she took a selfie with Chris Morrow.
Chris Morrow/Twitter
T.J. Miller, fresh off the success of "Silicon Valley" and "Big Hero 6," is clearly excited for his next movie, "Deadpool."
Alexander Hernandez/Instagram
Not only the Doctor, but his companion Clara (aka Jenna Coleman) attended the convention as well.
Laura Sirikul/Facebook
Chris Hardwick, the host of "Talking Dead" and "@Midnight," is ubiquitous at Comic-Con and took this selfie with Amelia Caroline.
Amelia Caroline/Instagram
Shannon Martelli took this evening selfie with "Sleepy Hollow" and "Mad TV" star Orlando Jones.
Shannon Martelli/Instagram
January Jones took a moment from the "Last Man on Earth" autograph signing to pose here.
Alexander Hernandez/Instagram
Hugh Dancy's fan cred has gone up since starring on NBC's "Hannibal."
Laura Sirikul/Facebook

The panel also introduced a new teaser trailer for the final film, out on November 20. 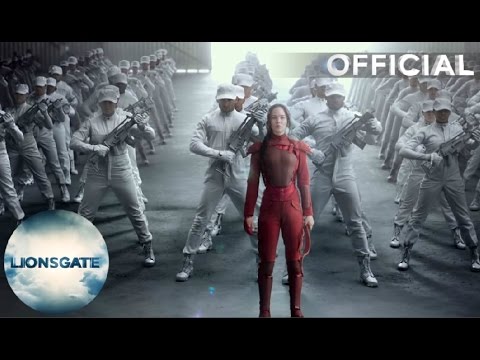