He is often wrongly perceived to be a foreigner because of his ethnicity, though he speaks Cantonese fluently

Vivek Mahbubani doesn’t mind being insulted – as long as you do it correctly.

“I’m not white – not a gweilo; I’m an acchaa, an Indian!” he exclaims, sending his audience into a roar of laughter.

Mahbubani has made the racism he experiences into opportunities for jokes, carving a niche in the world of comedy by being a Hong Konger who looks like a foreigner, but acts like a local.

“Sometimes people think ‘Oh, this guy doesn’t speak any Cantonese. Let me insult him to his face,’” says Mahbubani.

The funny thing is, he does – he speaks it like a native. When his verbal abusers find out, the embarrassment and jaw-dropping reactions are, in Mahbubani’s words, “the best feeling in the world.”

He jokes about a situation in a crowded subway car, where an old man crams himself in next to Mahbubani. As the doors shut, the man begins hurling slurs, in what he assumes is a foreign tongue, at Mahbubani – the whole car listens in; Mahbubani lets him finish the rant before responding:

Immediately, there is snickering and muffled laughter all around, as the man turns beet-red from his embarrassment, while being forced to stand inches from Mahbubani until the train doors reopen.

This is just one of the many challenges the 32-year-old comedian faces living in Asia’s “World City.”

An old lady once refused to accept his seat on the train and he is often stopped on the street by police because of the way he looks, he says.

But Mahbubani never misses the chance to turn his challenges into opportunity, using comedy to address inclusion and diversity issues in Hong Kong – though he says that’s not always the intent.

“A lot of times I make fun of racial issues; I’m not trying to make a point or set things straight,” says Mahbubani. “I’m like, ‘it’s just a joke,’ but a lot of people take a deeper message to heart as a byproduct.”

As a kid, Mahbubani went to a public school and was often teased and called names like “alien” or “monkey”; he struggled to socially integrate with the local Chinese culture.

“The real challenge was not just blending in with the group of kids, but learning the language to communicate. Most of my classmates were Chinese; that was really tough because no-one could help me overcome the language barrier and cultural differences,” says Mahbubani. “My parents didn’t speak the language; I had no example to follow.”

He would endure hours of daily after-school Cantonese tutoring in order to fit in with his peers.

One time Mahbubani was visiting a friend’s home after school to play computer games. When his friend’s mom opened the door, he says she seemed shocked that her son’s friend was an Indian.

“My friend forgot all about my identity, and also forgot to tell his mom ahead of time that his friend is Indian,” recalls Mahbubani.

“The issue didn’t usually stand with the kids, but the parents. It was the parents who started pulling away the kids saying things like ‘Oh don’t play with those people.’”

South Asian immigrants first started coming to Hong Kong in the mid-1800s, sharing citizenship and finding employment opportunities under the British, who had just acquired Hong Kong. The city was handed over to China in 1997.

“When my parents came to Hong Kong over 50 years ago, it was part of the British Empire and blending into society was easier in a sense because English was more widely spoken,” says Mahbubani. “But over time as things have changed, if you don’t speak the language you can still survive but you’re not really going to thrive.” 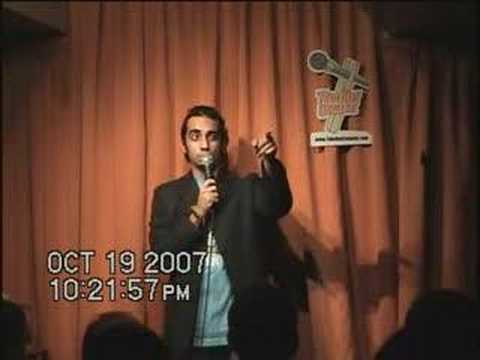 Although the city has long been home to a vibrant South Asian community, including prominent businessmen such as Dorabjee Naorojee Mithaiwala, who founded the Kowloon Ferry Company, which became Hong Kong’s iconic Star Ferry, and Jehangir Hormusjee Ruttonjee, whom Ruttonjee Hospital is named after, many people of color say they struggle to find acceptance.

A survey of racial acceptance measured the opinions of the 94% majority of ethnic Han-Chinese towards minorities in Hong Kong. Around 35% don’t “accept” sitting next to South Asians, Africans or Filipinos on the subway, nor do they accept them living in their neighborhoods.

Mahbubani recalls moments of hostility, but finds that his fluency in Cantonese allows him to often break through racial barriers and connect with locals.

“The fact is there are many areas of Hong Kong that are not culturally diverse, so you can’t really blame them for their ignorance, or the stereotypes they learn based on what the media tells them,” says Mahbubani. “But it’s all about taking that first step with good intentions, and attempting to learn about their culture – it makes others naturally curious about your own.”

Mahbubani’s career in comedy has grown tremendously since he began in 2007, taking him around Southeast Asia and Australia. He is regularly invited to schools, NGOs, universities and corporate lunches to speak about diversity and inclusion, opening up new doors for him to address real social issues.

“I’ve talked to kids at local schools and more diverse schools, for the local kids they say, ‘He’s just like one of us, what’s the big deal?’ And for many of the foreign kids, they get to see they aren’t alone in their struggles.”

Through his comedy, Mahbubani has become a sort of local icon, putting a humorous voice behind issues with which many ethnic minorities in Hong Kong identify.

Despite being a local himself, Mahbubani feels he will always face issues because of his racial identity – but he’s not worried; he’s always looking for new material to joke about.

In the face of racial prejudice, he believes the best approach is to remain open minded, actively learn about others, and enjoy a good laugh.

“The truth for me, is that if you are in a room with a bunch of people of diverse cultures, and you do an activity, like laugh together, chances are 10 minutes into it people have forgotten your skin color.”