Good and bad, it’s all the same: a Taoist parable to live by

Editor’s Note: This essay is part of a column called The Wisdom Project by David Allan, editorial director of CNN Health and Wellness. The series is on applying to one’s life the wisdom and philosophy found everywhere, from ancient texts to pop culture. You can follow David at @davidgallan. Don’t miss another Wisdom Project column; subscribe here.

The good-or-bad dichotomy is false, according to the Taoist tradition

"Who knows what's good or bad?" is useful to frame big and small events in our lives

Of all the philosophies, axioms and pearls of wisdom I’ve amassed over the years, one comes up more than any other. It’s the Taoist lesson of the relative nature of good and bad. It’s efficiently illustrated by the 2,000-year-old story of the good (and bad) fortune that follows a farmer’s loss of his horse.

We use the good-or-bad dichotomy to categorize nearly everything in our lives – events, people, food, decisions, even world history. But the lesson of the story is that there is actually no such thing as good or bad. It’s a false distinction and a trap that only causes psychic pain. Good things are constantly being born out of the seemingly bad, and vice versa. Often, it seems, it’s just a matter of time until an event or decision from one category leads directly to one in the other.

Who knows what's good or bad, the Trump edition

In the case of the farmer and his horse: first he loses his most valuable possession, then it returns bringing a dozen new horses with it, then his son breaks his leg while taming one of the new horses, and then the son is spared from being conscripted into the army because of the broken leg. And it could keep going like that.

What is bad leads to good leads to bad leads to good, ad infinitum. The farmer, who neither celebrates nor decries these events, is wise enough to know it all comes out in the wash. As he repeats in the story, “Who knows what’s good or bad?”

This lesson of “Who Knows What’s Good or Bad” and how to incorporate it as a personal philosophy, was the subject of a TEDx Talk I gave last year. But I cowardly avoided any attempt to extend it to the “really bad things.” One slide of my talk listed all the things I wasn’t going to apply “Who Knows What’s Good or Bad” to, including Hitler, 9/11, school shootings and Hurricane Katrina.

Last week, as I watched and read about New Orleans 10 years after Katrina, it was impossible to miss a narrative that marked speeches and news coverage about this anniversary: This is a city building toward a future that is an improvement over its past.

“We have data that shows before the storm, the high school graduation rate was 54%. Today, it’s up to 73%. Before the storm, college enrollment was 37%. Today, it’s almost 60%,” President Barack Obama said. “We still have a long way to go, but that is real progress. New Orleans is coming back better and stronger.”

Not worrying about anything is everything

Other cities learned lessons in resilience preparation from the events of a decade ago and have created their own infrastructure projects to prevent another Katrina. Hurricane forecasting has improved a lifesaving 20% since Katrina because it sparked funding in new satellites and computer modeling technology. NPR even did a heartfelt story about a couple that fell in love because of Katrina. This is all “Who Knows What’s Good or Bad.”

No one would go so far as to say the deadly and devastating hurricane was good for the city or country, but all this rhetoric at least speaks to the power of framing bad things, even disaster, in terms of progress.

I asked my neighbor, Jonathan Orr, about all this. He was a longtime resident of New Orleans, grew up in Louisiana and is a professor at Georgia State University and the coordinator of its mental health counseling program.

For him, the political rhetoric and coverage around the Katrina anniversary borders somewhere between specious and offensive. The city has not recovered, and for most residents, especially black ones, things are demonstratively worse post-Katrina, not better-than-ever. This anniversary is “wrought with pain, loss, and grief” that may take generations to process, he wrote me in an e-mail.

But Jonathan also points out that there is something to the meta-lesson of “Who Knows What’s Good or Bad” for New Orleans, beyond the notion that good and bad are two categories that lead into one another.

The year of living thankfully

New Orleans and Katrina is a story of “courage and resilience while also holding close the pain and grief,” Jonathan wrote, with many residents of the city exemplifying a “passionate nonattachment” to their trials and a deeper understanding of the meaning of suffering.

The reason “Who Knows What’s Good or Bad” is my favorite philosophy is that it’s useful as a framing device for the big and small events in our lives.

Just understanding the story’s meaning makes you feel wiser. It’s like the philosophical equivalent of ghee or some other culinary reduction in which you’ve trimmed a lesson down to its essentialness. Once you know it, you can start applying it to your past, present and projected future. 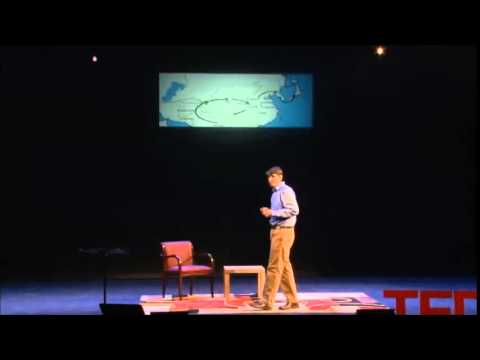 When you experience a “bad” event, try to imagine what possible good could come out of it, even if it’s many years from now or several cause-and-effects later, or even if it just makes you more empathetic or prepared next time. Not convinced? Look back on something bad from your past and connect the dots between that event and real happiness that came later as a direct result of that breakup, layoff, sickness etc.

When you experience a “good” event, consider what it may lead to in the future and be wary of unintended consequences of that housing bubble, or dot-com boom or that business offer that may be too good to be true. There is a reason we all regularly use the phrase “be careful what you wish for;” it’s because we often fail to see what long-term effect will be born out of what we think is good for us now.

And once you see the hidden good inside the bad, and vice versa, like a yin and yang symbol bleeding its black and white onto one another, you will start to temper your reactions to all the seemingly good and bad because it’s a lot more complicated than that as well.

That Zen-like state of equanimity or acceptance you may one day achieve will serve you as you become less blinded by the peaks and valleys of wins and losses.

As I said at the end of my TEDx Talk, if you can incorporate the lessons of “Who Knows What’s Good or Bad” into your life, I don’t promise everything will become good (because there’s no such thing), but you will become wiser.