KRS-One gets political: What’s fake and what’s real in politics?

At a time when the culture and history of African Americans were severely underrepresented in the media and in education, hip hop artists like Lawrence Parker, known by his stage name KRS-One, changed the game for many in the 1980s.

“When I came out with my music at that time there was a major crack cocaine epidemic in New York,” the Bronx rapper, who just released a new album, told CNN. “The music that I would do would speak to these issues, would speak to why are we living in these conditions. It’s like no one has any power to lift us from these conditions.”

Watch the video above to see KRS-One get political and check out the rest of the Gets Political series.

In response to the violence, KRS founded the Stop the Violence movement in 1988, following the shooting death of his partner Scott La Rock.

‘Racism in the United States is overflowing’

Long before the world would ever hear about Trayvon Martin and Tamir Rice and years before the #BlackLivesMatter movement would make its way into mainstream politics, KRS-One was releasing tracks like the bombastic 1993 track “Sound of Da Police,” slamming police brutality and systematic oppression. 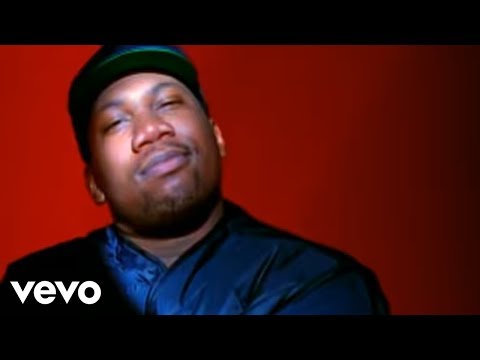 Today, KRS says things are still the same because even though we have an African American president, “it seems like racism in the United States is overflowing.”

And during an election cycle where criminal justice reform and police brutality have been brought to the forefront, KRS said “the whole thing is a joke” because none of the candidates are truly talking about what he considers to be the “number one issue” impacting the African American community: “This oxymoron called police brutality.”

When asked whether he would vote for candidates like Hillary Clinton or Bernie Sanders, who have met with #BlackLivesMatter activists and have made criminal justice reform cornerstones of their campaigns, KRS said he’s “not convinced” because using catch phrases like “black lives matter” on the campaign trail doesn’t mean that “they’ve discussed the issue.”

And unless candidates put forth actual policies and are willing to dedicate the millions they raise to lift people up, then to him it’s just rhetoric.

Asked about the wave of endorsements from rap and hip hop artists that Clinton and Sanders received, KRS said that other artists can do their thing if they believe in a candidate’s policies, but “these are politicians,” he said. “They’re going to say anything to us to get us to vote for them.”

His message to candidates vying for the hip hop vote is, “None of y’all are cool with hip hop. OK?”

But Republican presidential front-runner Donald Trump “was a friend to hip hop in his early days” because In the 90’s you could always find Trump around hip hop artists like P Diddy.

Candidates are ‘never coming to the hood’

While candidates spend their time in Iowa and New Hampshire, they are “never coming to the hood” KRS said, adding that he would like to see a fireman from the Bronx run for office— not a millionaire.

“Anybody talking about ‘I’ve got my own money’— you’ve already turned me off,” KRS said, adding that Florida Sen. Marco Rubio, who’s had a history of financial struggles, is someone people can relate to.

“Everybody’s complaining that he spent off his credit card. That’s my man right there!” KRS said.

Another moment that resonated with him was when Jeb Bush “poured his heart out” about his daughter’s drug addiction.

KRS said he found it “heartwarming” when he heard George W. Bush say that one of the worst moments of the his presidency was when Kanye West said that he “doesn’t care about black people” during the aftermath of Hurricane Katrina.

It’s unfair, he said, that the younger Bush is “struggling with the Bush last name.”

Jeb Bush has “some pretty cool” ideas, but “they’re not our ideas,” KRS said.

What are “hip hop ideas” in the mind of KRS-One?

“Bring the arts back and treat it with respect,” he said. “Put education at the highest level, the highest priority in the American society,” adding that a federal law should be passed to ensure that teachers are the highest paid people in society.

“You have to be educated to vote,” KRS said and if you don’t know your country’s history, how the economy works, what the law is, you’re not an educated voter. “This is what a lot of these candidates are actually banking on. They’re banking on the ignorance of the American citizenry.”