Lil' Kim posted selfies on Instagram over the weekend

The rapper and former “Dancing With the Stars” contestant posted a series of selfies on Instagram over the weekend showing her decidedly lighter and blonder, with some accusing her of “looking white.”

The photos of Lil’ Kim, who was born Kimberly Jones, immediately kicked off multiple questions including, “Is that really Lil’ Kim?”

Wow😮😮😮 uhm why is Lil kim white? She just lost so much respect in my books. Woah woah woah. https://t.co/1l2SDIOZY1

Dating Lil Kim over the years, one would feel like he's cheated on his girlfriend with like 50 other girls pic.twitter.com/j8T0VxjQRU

It also reignited conversation about her former relationship with the late rapper the Notorious B.I.G., aka Biggie Smalls, who was gunned down in 1997. The pair had a tumultuous love affair, which some blamed for possibly causing Lil’ Kim to have low self-esteem.

The female rapper has long been the subject of speculation that she has undergone plastic surgeries. In 2005, she told radio personality Angie Martinez that she got her nose fixed. 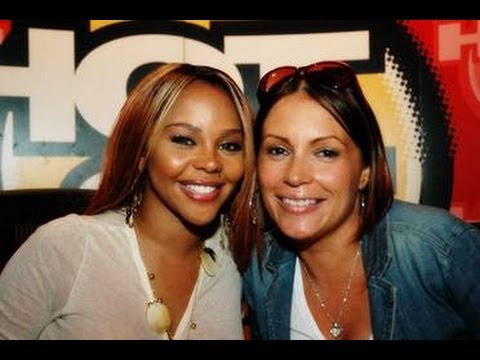 But the conversation now has heightened into chatter about whether her new look is the result of surgery, skin bleaching, makeup, Photoshop or a combination of any or all.

Some observers have worried that Lil’ Kim is setting a bad example for young women of color.

Sad about Lil Kim and everyone who doesn't feel comfortable in their own skin. We should be taught the importance of self-love.