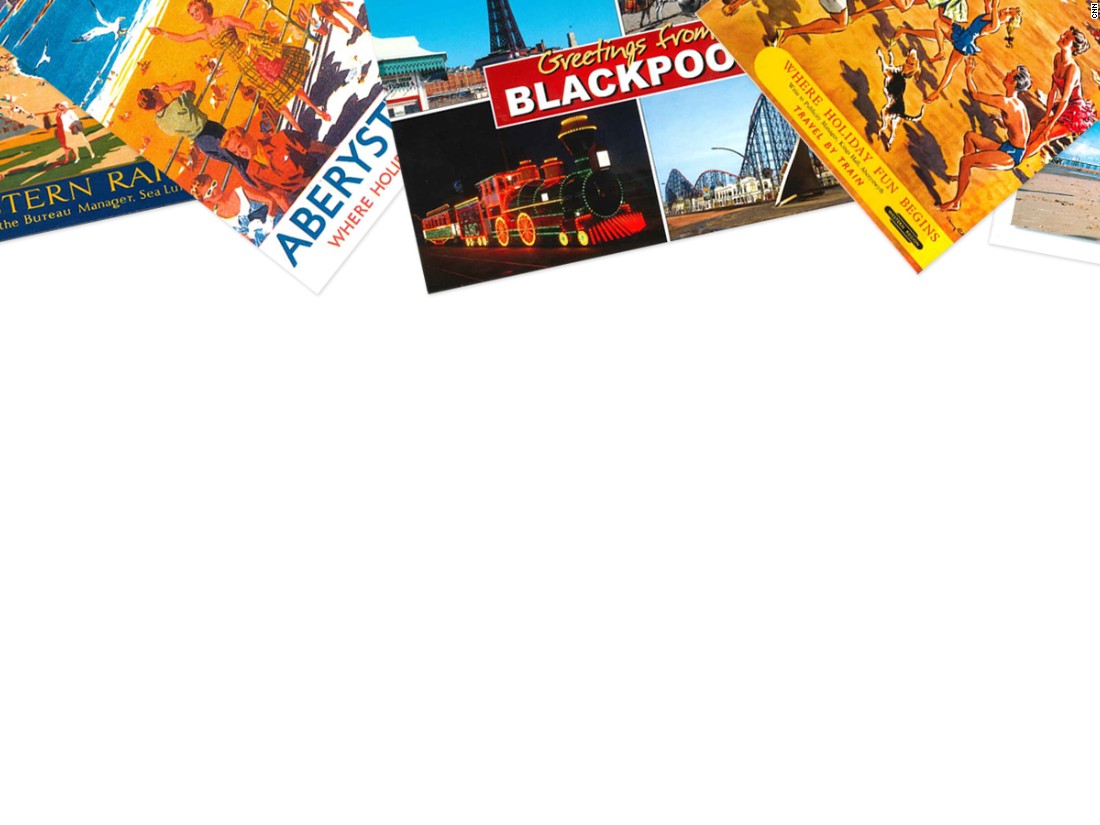 The Welsh seaside resort of Aberystwyth, seen from the top of Constitution Hill.

Aberystwyth and Blackpool, UK (CNN)This is a tale, not of two cities, but of two towns, and of the people who live in them.

Aberystwyth and Blackpool are seaside resorts that -- like many others in Britain -- have seen better, more prosperous days. Once thriving holiday spots packed with families bearing buckets and spades, they are now somewhat faded and worn around the edges.
Both towns are far from the corridors of power, on the periphery of Britain, facing west, away from Europe; but while one is content to have its back to Brussels, the other enjoys a more positive relationship with the European Union.
The conversations going on in their bars, bus stops and barber shops reflect the political debate raging in the country as a whole: Should the UK remain a part of the EU, or go it alone?
On June 23, British people will vote in a referendum on the country's membership of the EU. CNN visited some of the most EU-loving and hating towns to show what's at stake. Here's what we found...
Read More

Aberystwyth sits at the tightly-nipped in waist of Wales; surrounded by lush, green fields full of spring lambs and static caravans. It's a beautiful spot, but an isolated one: "Hinterland," a dark police drama shot in the often bleak countryside nearby, paints Ceredigion as Wales's grimly handsome "Wild West."
Tim Strang farms sheep and highland cattle on the county's gorse-dotted hills. Strang moved here in the 1970s to follow his dream of getting back to the land, but says it can be a hardscrabble existence, ducking and diving to make ends meet.
Farmer Tim Strang says he'll vote to stay in the EU: "You've got to go with your gut."
"It's a very agricultural community, heavily reliant on subsidies" from the European Union, he says, adding that many farmers like him fear that in a post-Brexit world, they'd "have to go cap in hand to Westminster for [help] ... We wouldn't be certain of getting support."
Sitting in the boot and raincoat-packed sun room of his cozy farmhouse, he says the referendum has the potential to be "a game chan