By Sandee LaMotte, CNN
Updated 10:52 AM EDT, Fri March 23, 2018
Link Copied!
Pepsi pitchwoman Beyonce is one of the music stars who are endorsing sugary drinks and unhealthy foods, which experts believe could be helping fuel the rise of childhood and teen obesity.
From Pepsi
In a study of 590 endorsements by 163 celebrities done by NYU researchers, there were none for fruits, vegetables or whole grains. Only one food product, promoted by Psy, had a healthy score: pistachios.
From Youtube
Justin Timberlake recorded the "I'm Lovin' It" jingle for McDonalds and got a hit out of the deal. He's also endorsed regular Pepsi.
McDonald's/Getty Images
Adam Levine, lead singer for the group Maroon 5, endorsing Snapple. A bottle of Snapple's Half and Half Tea has 50 grams of sugar, the daily limit recommended by the new U.S. dietary guidelines.
Jemal Countess/Getty Images
Jessie J hangs out backstage before the Pop-Tarts #CrazyGoodSummer concert. The singer has also signed endorsements for McDonalds and Cadbury's.
Peter Barreras/Invision for Kellogg's Pop-Tarts/AP Images
Katy Perry pitches Popchips, a potato chip that is heated in a pressurized chamber instead of fried, which the manufacturer says reduces fat and calories. Popchips still have 5 grams of fat in a 1-ounce serving.
Popchips / Rex Features/AP
Singer Pitbull attends a Dr Pepper release party. He's also endorsed Pepsi and Sheets Energy Strips, a tongue strip that delivers 100mg of caffeine in each serving.
Jc Olivera/LatinContent/Getty Images
Taboo, Fergie, will.i.am and apl.de.ap of the Black Eyed Peas signed an international partnership with Pepsi. Will.i.am also signed with Doritos, Coca-Cola and Dr Pepper.
Pepsi/Getty Images
Carrie Underwood endorsed Vitamin Water, which has as much sugar as many colas: 32 grams, or two-thirds of the daily amount recommended by the government.
From Youtube
Beyonce, Britney Spears and Pink drink Pepsi during the making of the "Pepsi Gladiators" music commercial.
John Gichigi/Getty Images
Snoop Dogg on the set of the "You Got What I Eat" music video, sponsored by Hot Pockets.
Casey Rodgers/Invision for Hot Pockets/AP Images
Rapper Macklemore drinks a Dr Pepper as part of his endorsement agreement. He's also signed with Cracker Jack.
From Youtube
Baauer, best known for his trap music like "Harlem Shake," has signed deals with Hot Pockets, Red Bull, Dr Pepper, and Pepsi.
Erik Voake/Red Bull

Almost all food and drinks marketed by music stars are unhealthy, a study shows

Studies show that food advertising leads to overeating and obesity

Ask any parent about the influence of pop, rock and rap music on their teen’s behavior, and you’ll get an earful: Everything from what they wear, to how they style their hair, to what foods they eat can be influenced by that favorite artist.

It’s the impact on the foods they eat that has many experts worried, as study after study points to the role of celebrity endorsements in our nation’s epidemic of childhood obesity.

And it appears that many of our top music artists do a lot of unhealthy endorsements.

If parents see their kids as overweight, they're more likely to be so

A study released Monday by NYU Langone Medical Center ranked a singer or group’s popularity with teens and then looked at the type of foods and drinks they endorsed. Researchers say it’s the first to apply a rigorous nutritional analysis to the review of dozens of advertisements by music stars over a 14-year period.

The study found that 71% of the promoted beverages were sugary drinks, and 80% of the foods were nutrient-poor. There were no endorsements for fruits, vegetables or whole grains, and only one food product with a healthy score: pistachios.

Who were the top celebrity endorsers?

Justin Timberlake recorded the “I’m Lovin’ It” jingle for McDonald’s and got a hit out of the deal. He’s also endorsed Pepsi Regular.

Maroon 5, headed by singer Adam Levine, wrote a song for Coca-Cola and one for Snapple, which nutritionists say can be as sugar-laden as a soda.

Will.i.am had endorsements for Doritos, Coca-Cola, Dr Pepper and Pepsi. 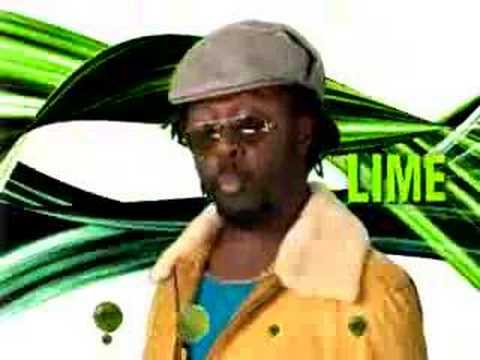 According to the study, $2 billion a year is spent by food and drink companies on youth-targeted ads. It’s estimated that children see 4,700 ads each year while teens view 5,900.

“These celebrity endorsement deals are often worth millions of dollars each, suggesting companies find them critical for promoting products,” said lead study author Marie Bragg, a faculty member at the NYU College of Global Public Health. “Food advertising leads to overeating, and the food industry spends $1.8 billion per year marketing to youth alone.”

While many food and beverage companies have taken voluntary pledges not to target children under 12, Bragg said, teens are not included in that effort, but they should be, she said.

“The popularity of music celebrities among adolescents makes them uniquely poised to serve as positive role models,” study co-author Alysa N. Miller added. “Celebrities should be aware that their endorsements could exacerbate society’s struggle with obesity, and they should endorse healthy products instead.”