This is how the ‘Hobbits’ of Indonesia became so small

More than a decade after scientists found fossil evidence of a tiny race of humans – nicknamed the “Hobbits” – on the Indonesian island of Flores, we now know how they became so small.

A partial lower jaw and six teeth, belonging to at least one adult and two children and dating to around 700,000 years ago, show how the Hobbits’ regular-sized ancestors “rapidly” shrank to around 3.2 feet (one meter) high.

“We had given up hope we would find anything, then it was ‘bingo!’,” Gerrit van den Bergh told the journal Nature, which published two papers from his team reporting the latest findings. 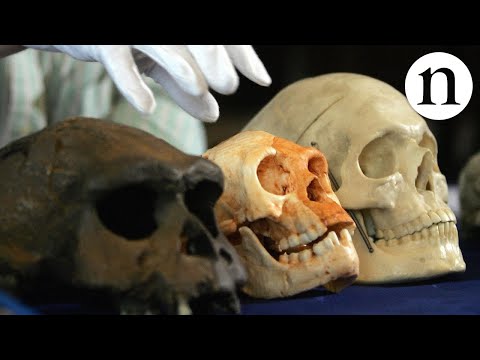 The discovery of the Hobbit skeleton in Liang Bua cave in 2003 was an instant sensation. But what it said about human evolution was less clear.

Discoverer Mike Morwood proposed that it was a shrunken Homo erectus, the same species that eventually evolved to become us; others suggested the Hobbits were descended from smaller, more primitive early humans such as Homo habilis or Australopithecus.

Morwood died in 2013, before the latest finding gave great support to his initial assessment.

The jaw bone in particular “looks more like that of H. erectus … than the beefier jaws of more primitive hominins such as H. habilis,” according to science journal Nature.

“The morphology of the fossil teeth also suggests that this human lineage represents a dwarfed descendant of early Homo erectus that somehow got marooned on the island of Flores,” Yousuke Kaifu, from Tokyo’s National Museum of Nature and Science, said in a statement.

The new findings suggest the Hobbits may have shrunk "rapidly" after arriving on Flores.
University of Wollongong

The age of the bones, around 700,000 years old, suggest a group of Homo erectus arrived on Flores about one million years ago, according to van den Bergh.

Lack of resources on Flores may have caused the early humans to shrink “in just a few hundred thousand years.”

Van den Bergh points to elephants and other animals who have been known to shrink over time to cope with islands’ comparatively scant food sources.

For example, the red deer of Jersey shrank to one-sixth their original size in just 6,000 years.

Some scientists still aren’t convinced however. William Junger of Stony Brook University told Nature: “I don’t believe these scrappy new dental specimens inform the competing hypotheses for the origin of the species one way or another.”