The risk appears to be greatest at the highest dose

Sometimes, solving one problem only creates another.

Millions of Americans take proton pump inhibitors to treat acid reflux and heartburn. Known as PPIs, they are among the most prescribed drugs in the United States and are widely available over the counter.

But according to preliminary research presented today at an American Heart Association conference in New Orleans, these medications may also increase the risk of ischemic stroke.

Ischemic strokes are the most common type of stroke, according to the Centers for Disease Control and Prevention. They occur when a blood clot cuts off blood flow to the brain. 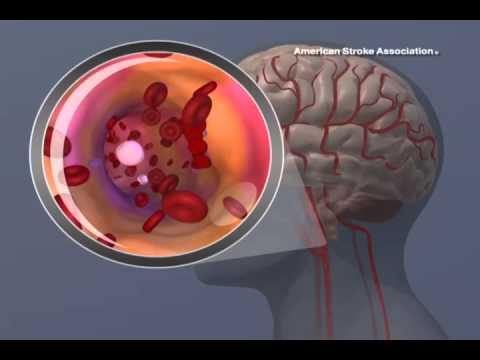 “PPIs have been associated with unhealthy vascular function, including heart attacks, kidney disease and dementia,” said Dr. Thomas Sehested, the study’s lead author and a researcher at the Danish Heart Foundation. “We wanted to see if PPIs also posed a risk for ischemic stroke, especially given their increasing use in the general population.”

Most serious warning yet

The research was conducted in Denmark among a quarter-million patients who suffered from stomach pain and indigestion, and were taking one of four PPIs: Prilosec, Protonix, Prevacid or Nexium.

In an email to CNN, P&G, the company that makes Prilosec, said the drug is an “FDA approved, safe and effective remedy to relieve frequent heartburn symptoms. Prilosec OTC has the longest history of safe and effective consumer use of any [over the counter] PPI.”

Takeda, the maker of Prevacid, said it could not comment on the results and conclusions of the study until the full data is published for review. “Patient safety is a top priority … and we continuously monitor the safety of all our medicines and collaborate with regulatory agencies to ensure this information is reflected in the respective prescribing information,” a spokesman said in an email to CNN.

AstraZeneca, the maker of Nexium, said, “Patient safety is an important priority … and we believe all of our PPI medicines are generally safe and effective when used in accordance with the label.” A spokeswoman said the company was not consulted during the research, so it could not comment on the data.

Pfizer, the maker of Protonix, did not respond to CNN’s request for comment.

“At one time, PPIs were thought to be safe, without major side effects,” Sehested said. “This study further questions the cardiovascular safety of these drugs.”

For years, doctors have questioned whether too many people are taking heartburn drugs.

A pair of 2010 studies found that PPIs were associated with an increased risk of a serious bacterial infection. Stomach acid seems to play a role in killing off both good and bad bacteria in our gut. When someone is taking PPIs, their amount of stomach acid is reduced, and it creates an environment in which bacteria can flourish.

“As a culture, we tend to want a pill to deal with our problems, when a lot of people could reduce their heartburn by eating smaller meals, drinking less alcohol or not smoking,” Dr. Michael Katz, who wrote an editorial accompanying the studies, told CNN in 2010.

What are the alternatives?

Medical professionals estimate that the majority of people who suffer from acid reflux or heartburn could drastically or completely reduce their discomfort by making a few lifestyle changes: quit smoking, lose weight and cut back on spicy and fatty foods.

If your doctor determines that you do need pills for your problem, pharmacist NaaDede Badger-Plange suggests starting with an antacid, such as Tums, Rolaids or Maalox.

“Antacids usually would help if you have less than one incident a week,” Badger-Plange said. “So, if you have heartburn very rarely – especially people who have heartburn associated with certain foods – they could take antacids.”

Antacids provide quick relief, but only for a short amount of time, said Badger-Plange, and consumers should pay close attention to the ingredients on the label. If you’re pregnant, you should avoid sodium bicarbonate and magnesium trisilicate. Patients with kidney disease should avoid antacids that contain aluminum.

For longer-lasting relief, H2 antagonist medications (also called H2 blockers) are also an option, but they can take a few hours to kick in.

“One thing to keep in mind is, certain products that are in the H2 receptor antagonist class have drug interactions,” Badger-Plange said. “So, if you have a lot of medications, you probably want to check with your pharmacist at the counter to make sure it’s OK to take those medications.”

As always, you should talk to your doctor before starting or stopping any medication – prescribed or over the counter.

For years, Katz has been worried that PPIs “reinforce the idea that the solution to behavioral health issues is to take a pill, and that’s just not how we’re going to get healthier,” he said in 2010. “Consumers need to ask their doctors, ‘Why am I taking this? Do I still need this? Do I have an alternative?’ “