Vic Mensa gets political: The people elected Hillary Clinton, ‘but this isn’t a real democracy’

Donald Trump’s victory based on the Electoral College – and not the popular vote – underscores that the American government is “not a government of the people,” rapper and activist Vic Mensa told CNN in a wide-ranging interview earlier this month.

“The people spoke and elected Hillary Clinton, but this isn’t a real democracy,” Mensa told CNN, a reference to how Clinton leads by 2 million votes in the popular vote count. “… We’re still operating as a nation off of rules and laws that were enacted as a slave-owning state.”

But Mensa, who voted for the Democratic presidential nominee despite being critical of her, said that Trump’s win does come with a silver lining.

For some of the President-elect’s most bitter opponents, a Trump win over Clinton could actually be a “good thing,” Mensa said, because Trump has forced America to come to terms with some of its darkest and ugliest truths – racism is alive and well and now we have to confront it.

“We’re not able to hide behind myths of this being a post-racial society because Donald Trump has outlined exactly how a large portion of America feels,” Mensa said. “They feel like they’re losing their birth right as white people to be the masters of the universe, and they’re losing this American dream that was sold to them where you’re always supposed to have a leg up.”

As opposed to other politicians, who use politically correct, “neutrally-worded messaging” when discussing race relations, “Donald Trump came without a poker face,” Mensa said, and from Muslims, to Latinos, to African-Americans, he outlined his enemies clearly and his supporters no longer had to swallow or sugarcoat their racism.

A message left with Trump’s transition team for comment to CNN was not returned.

“Our nation has been built upon extreme racism and built on the backs of slaves and just because we don’t have the same incarnation of that racism alive today doesn’t mean that the mental constructs of it are not alive and well and thriving in our society,” Mensa said.

As hip-hop braces for a Trump presidency, Mensa said that it is up to Americans who disagree with Trump’s view of the world to “regroup and reassess” ways to offset any harm that a Trump presidency could inflict on the civil liberties of people of color.

But the 23-year-old, who spent Thanksgiving weekend at the Standing Rock Native American Reservation to protest against the Dakota Access Pipeline, warns that talking or protesting is not enough – activists need to make their voices heard at the ballot box by participating in the 2018 congressional election and electing local officials who will champion progressive causes and protect civil liberties.

Why police brutality is personal

An issue that is close to the Chicago native’s heart and at the center of some of his music, most recently in “16 Shots,” is police brutality and institutionalized racism. 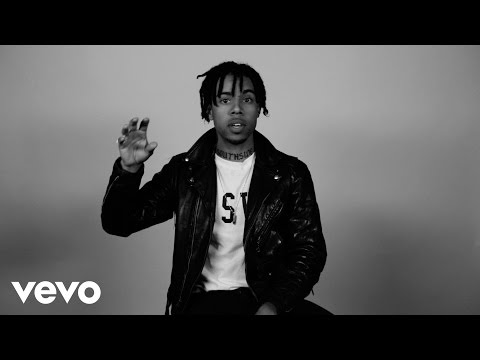 Dashcam video of the shooting contradicted nearly everything police said happened the night McDonald died. It showed McDonald walking away from police as he held a four-inch knife, not lunging toward officers, as police had said.

Officer Jason Van Dyke jumped out of his vehicle and pulled his gun, firing at McDonald six seconds after arriving on the scene and unloading every round from his gun in 15 seconds.

Mensa said that one of his best friends from the west side of Chicago, where McDonald is also from, was close friends with the teenager, so for the Chicago rapper, the McDonald’s death hits especially close to home.

He wrote “16 Shots” to “give a voice to the young kids” from his community.

“The compliments that matter to me the most are when a kid in my neighborhood runs me down on the skatebaord while I’m driving and he’s like ‘yo I got something in my heads phones now. You’re speaking for us, G’” Mensa said. “I wrote that song to give him a voice.”

The rapper said that as a young black male, he was also targeted by police officers as early as the age of 11 and he wants critics of the “Black Lives Matter” movement to understand that people or color are not born will ill feelings towards police officers, but are driven to feel that way because “we grow up black in America, as targets.”

“We’re not just born with hatred in our hearts against police officers,” Mensa said. “We’re oppressed and we develop these attitudes because of being targeted from a very young age just for being who we are … You chose to put on a badge and a uniform. I can’t take mine off.”

Marlena Baldacci and Steve Almasy contributed to this report.