Torture in secret prisons: The dark side of China’s anti-corruption crackdown

System is main method by which Communist Party investigates corruption

The gray, concrete building looms over the street in central Beijing.

Completely unmarked aside from a street number, its entrance is buttressed by barriers and fencing.

Inside lies an organization that strikes terror into the hearts of some of China’s most powerful people, and oversees a sprawling network of secret prisons where experts say torture and abuse are common.

The Central Commission for Discipline Inspection (CCDI) is the body tasked with investigating all 88 million members of the Chinese Communist Party for corruption.

A Chinese court in the northern city of Tianjin sentenced a former vice minister of public security to 15 years in prison for corruption, state media reported Tuesday, January 12. Li Dongsheng, 60, was charged with taking almost 22 million yuan ($3.3 million) in bribes from 2007 to 2013. He was a protégé of disgraced former domestic security czar Zhou Yongkang, who was sentenced to life in prison in June 2015 for corruption offenses.
FREDERIC J. BROWN/AFP/Getty Images
Jiang Jiemin, who once headed China's biggest oil company, was handed a 16-year jail term for bribery, abuse of power and possessing assets from unidentified sources on October 12, 2015.
MIKE CLARKE/AFP/Getty Images
Li Chuncheng, a former high-ranking official in Sichuan province, was sentenced to 13 years in jail for bribery and abuse of power. Both Li and Jiang were reported to have close ties to Zhou Yongkang, the highest-ranking Chinese official to fall foul of President Xi Jinping's corruption campaign so far.
STR/AFP/Getty Images
Communist Party investigators have accused Ling Jihua, 58, once a top aide to former President Hu Jintao, of accepting huge bribes, stealing party and state secrets, as well as keeping mistresses and trading power for sex.
Lintao Zhang/Getty Images/File
China sacked one of its top sporting officials on July 16 because he's under investigation over allegations of corruption. Xiao Tian has been removed from his post as the deputy director of the General Administration of Sport (GAS). He's also a vice chairman of China's national Olympic committee, and was often its public face.
Feng Li/Getty Images
Xu Caihou was the most senior military figure caught up in the corruption dragnet. However, the former People's Liberation Army general didn't face prosecution because of ill health and died of bladder cancer in March 2015. His rank was revoked after an investigation found he took bribes to facilitate promotions. Local media reports said the general had so much cash stashed away at his home that it took a week to count, and 12 trucks to haul it away.
AFP PHOTO/Jim WATSON
Liu Han, a mining tycoon found guilty of murder and running a "mafia-style" organization, wasn't strictly a corrupt official but his conviction shed light on his links to a top target of Xi's anti-corruption campaign -- Zhou Yongkang.
IMAGECHINA VIA AP IMAGES
A former member of China's all-powerful Politburo Standing Committee, Zhou Yongkang is now serving a life sentence for corruption and other crimes. He was tried in secret in May 2015 and sentenced to life in prison in June. He's the highest ranking official to fall victim to Xi's graft crackdown.
Feng Li/Getty Image
Once a rising star of the Chinese Communist Party, Bo Xilai fell from power in an explosive scandal involving murder, betrayal and financial skullduggery. Bo pleaded not guilty and challenged the prosecution's case in a rare public trial. He was jailed for taking bribes, embezzlement and abuse of power. His career unraveled after his wife, Gu Kailai, poisoned a British businessman, and his right-hand man, Wang Lijun, fled to the U.S. consulate in Chengdu.
China Photos/Getty Images

Cracking down on corruption has been a key goal of Chinese President Xi Jinping since he came to power in 2012, and his tenure has seen the downfall of several of China’s highest-ranking politicians, including former security tsar Zhou Yongkang and former top People’s Liberation Army general Guo Boxiong.

Xi has called for the Party’s investigators to tackle both “tigers and flies,” high-ranking officials and ordinary cadres.

However, doubt has been raised over both the effectiveness of Xi’s push, and whether there are other motivations behind it.

“That’s the big question about the campaign: is it an anti-corruption effort or a political witch hunt?” said Andrew Wedeman, head of Georgia State University’s China Studies Initiative. “It’s part of both.”

The CCDI did not respond to a written request for comment.

Party corruption fighters have powerful tools at their disposal, chief among which is the ability to summon any party member to an “appointed time and place,” or shuanggui, for investigation.

Shuanggui detainees are held in secret, for indefinite periods of time, during which they are brutally interrogated, sometimes fatally, according to a new Human Rights Watch report.

“Xi has built his anti-corruption campaign on an abusive and illegal detention system,” Sophie Richardson, HRW China director, said in a statement. “Torturing subjects to confess won’t bring an end to corruption, but will end any confidence in China’s judicial system.”

Wedeman said that the prospect of being hauled into shuanggui is “pretty terrifying” for ordinary Party members.

“There are tales of people basically falsely confessing just in hopes of getting out of the clutches of Party investigators and into the hands of regular law enforcement,” he said.

The system operates in secret, with many detainees held in hotel rooms and impromptu jails, usually with padded walls and never above the first story, in order to prevent suicides, said Jackie Sheehan, a China expert at University College Cork’s School of Asian Studies.

“If you hear there’s a separate system for Party members, it sounds like a perk, but it’s definitely not,” she said.

“The very nature of shuanggui itself is abusive,” said HRW researcher Maya Wang, pointing to the use of solitary confinement and cutting off detainees from their family and lawyers.

HRW estimates there were up to 66,000 shuanggui cases in 2015. The system operates outside China’s legal system, with detainees subsequently handed over to prosecutors, often with signed documents confessing their guilt in hand.

Investigations are conducted outside the regular legal system in order to “protect the Party’s reputation” and keep discussion behind closed doors, according to Wang.

“It’s a way to deal with their dirty laundry in private,” Sheehan said. 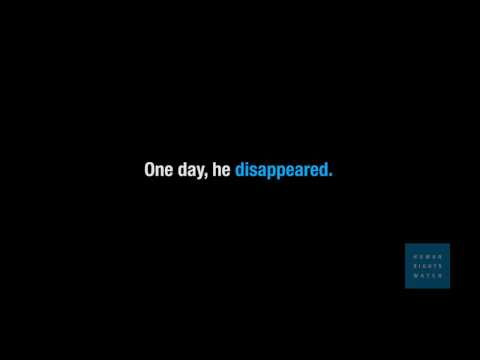 There are no laws or published rules governing the performance of shuanggui investigations, according to researchers Li Fenfei and Deng Jingting.

Detainees are kept in small cells and subjected to “various forms of physical and psychological abuse,” the HRW report said.

“I was not allowed to sleep; I had no food or drink, I was beaten … I was subjected to everything,” former official and shuanggui detainee Bao Ruizhi told HRW.

Lawyer Zhou Lifeng told researchers that “being subjected to cold and hunger is quite normal … there are also (other forms of) torture, like being strapped to chairs, beaten, insulted, deprived of sleep … there are varying degrees of torture in the cases I have handled.”

All 88 million members of the Chinese Communist Party can be subject to shuanggui.
Lintao Zhang/Getty Images AsiaPac/Getty Images

Shuanggui has been in use for around two decades, and while it is a terrifying prospect for many Party members, corruption has been endemic throughout that time, pointing to the system’s ultimate failure as a deterrent, Wedeman said.

“The assumption for these kind of systems is if you’re tough with crime you’ll get results,” said Wang. “The reality is that the use of torture and arbitrary detention often lead to quite contrary results.”

Detainees in shuanggui told HRW they would confess to almost anything to escape the system, making it effectively useless as an investigatory tool.

It also suffers from the same problem as many of Beijing’s attempted reforms, Wedeman said, “China is a huge, difficult to control state.”

While there are ongoing attempts to centralize the system, Party investigators are often loyal to local officials, making it unlikely they’ll go after their bosses and opening the possibility for politically motivated crackdowns.

“A lot of what Beijing wants, Beijing doesn’t get,” Wedeman said.

“They’re struggling with the very apparatus they created to fight corruption, which risks becoming an apparatus of corruption.”