These are Trump’s ties to Russia

Trump has repeatedly stuck up for Vladimir Putin

He denied Wednesday he has any financial links to Russia

President-elect Donald Trump has vowed to have better relations with Russia. He’s repeatedly stuck up for Russian President Vladimir Putin. And after weeks of side-stepping, Trump finally admitted Wednesday that Russia was responsible for hacking ahead of the election. But he denied he has any financial links to the country.

Russia has never tried to use leverage over me. I HAVE NOTHING TO DO WITH RUSSIA - NO DEALS, NO LOANS, NO NOTHING!

But he has had dealings in the country. We took a look at a few of them.

In 2013 Trump made millions when he partnered with Russian billionaire Aras Agalarov to host Miss Universe in Moscow.

@realDonaldTrump Mr. Trump thank you for brining #missuniverse to us we had an awesome time TRUMP tower Moscow - lets make it happen ! 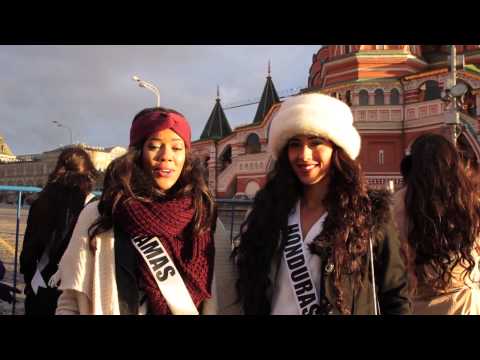 An attempt to build a Trump Tower in Moscow fell through before it began. CNN didn’t find any projects that were actually completed in Russia.

In a 2007 deposition, Trump was asked about the proposal for the project.

“It was a Trump International Hotel and Tower. It would be a nonexclusive deal, so it would not have precluded me from doing other deals in Moscow, which was very important to me.”

Trump put down no money, slapped his name on a brand and claimed royalties. Drinks Americas Holdings actually made the vodka. However, the company’s former CEO told CNNMoney they didn’t make much headway into the Russian market.

All they got was a single deal to sell 8,000 cases of vodka, a fraction of the 100,000 cases they sold worldwide. There’s no evidence that it’s still being sold.

The real value, however, was the photo-op.

“If you can sell vodka made in the Netherlands to Russians in gold bottles with ‘Trump’ on them, and wealthy Russians think this is good vodka, this is a marketing coup,” said Patrick Kenny, former CEO of Drinks Americas Holdings.

In 2008, Donald Trump Jr. said Trump’s businesses “see a lot of money pouring in from Russia.”

“And in terms of high-end product influx into the US, Russians make up a pretty disproportionate cross-section of a lot of our assets; say in Dubai, and certainly with our project in SoHo and anywhere in New York. We see a lot of money pouring in from Russia. There’s indeed a lot of money coming for new-builds and resale reflecting a trend in the Russian economy and, of course, the weak dollar versus the ruble,” he said.

Trump hired the law firm Sojuzpatent to file at least eight trademarks in Russia between 1996 and 2008, including “Trump,” “Trump Home” and “Trump Tower.”

Trump partnered with the Bayrock Group, a company run by Soviet immigrants, and according to a lawsuit filed, financed by Russian and Kazakhstan money. Together, they developed Trump properties in Fort Lauderdale, Florida, and New York.

They also planned on opening a Trump Tower in Moscow. However, Trump said in a deposition that the plan fell through after media reports began questioning Trump’s net worth. The partners with Russian ties in the United States backed out.

Trump’s ties to Russia go beyond business deals. His former campaign manager, Paul Manafort, had connections with Russia that go much deeper, including to Viktor Yanukovych, Ukraine’s former president who fled the country. Yanukovych, who is now in Russia, “called upon Vladimir Putin to send Russian troops into Ukraine,” according to a White House statement.

Manafort’s company, Davis Manafort International LLC, retained Edelman to work on “Yanukovych’s visibility in the US and Europe.”

A lawsuit filed by Ukraine’s former prime minister Yulia Tymoshenko describes Manafort as a “key adviser to President Yanukovich and other Ukraine political figures since approximately 2003.”

Page, formerly named as a foreign policy adviser to the Trump campaign, spent years in Moscow, where he was “responsible for the opening of the Merrill Lynch office and was an adviser on key transactions for Gazprom, RAO UES and others,” according to his profile on the website of his company Global Energy Capital. At a press conference Wednesday, Trump spokesman Sean Spicer said the president-elect had never met Page.

Flynn, whom Trump selected as the next US national security adviser, appears to have a very favorable view of more friendly US-Russia relations.

In December 2015, Flynn traveled to Moscow and sat next to Putin at a gala for the Russian news channel RT. He believes the US and Russia should team up and work together more efficiently to fight ISIS.

Flynn did, however, express concern regarding the Edward Snowden leak and what intelligence Russia may be able to obtain from those documents.

Correction: The original version of this story has been revised. It removes a reference about the Center for the National Interest and its President and CEO Dimitri Simes, as well as its board member and former US diplomat Richard Burt. That reference wrongly characterized their relationship to Mr. Trump and to Russia. CNN apologizes and regrets the errors.