For decades, women had heart attacks in silence

Most clinical research has historically been conducted on men; knowledge about women is still lacking

Cardiologist Dr. Nieca Goldberg had been taught that heart attacks were a man’s problem, but that didn’t stop her from digging deeper.

In 1990, when she got her first job as a cardiologist, Goldberg suspected that a female patient had had a heart attack. The other doctors told the woman that she was probably “stressed out and needed a vacation,” said Goldberg, now the medical director of the Joan H. Tisch Center for Women’s Health at NYU Langone.

But Goldberg found a 99% blockage in one of the heart’s most important arteries – a blockage so dire that it is still commonly referred to as “the widowmaker.”

“Even the terminology describing the lesion is so gendered,” she said.

Experts like Goldberg have pointed out how sexism in the medical field has cost lives: Because research and treatments for heart disease were historically designed for men, many women and their doctors have missed the signs and risks of heart attacks, which can be very different between the genders.

Video Ad Feedback
His and Hers Heart Attacks
01:00 - Source: CNN

Women suffered heart disease invisibly over much of the past century, said Dr. Nanette Wenger, a cardiologist at Emory University who began her medical career in the mid-1950s.

One reason for this, Wenger said, was that men developed heart attacks at younger ages.

“They were at the peak of their careers,” she said. “They were visible. They were in the workplace.”

Women, on the other hand, “were not paid much attention to,” she said.

This trend was not limited to heart disease, as outlined by a 2010 report by the Institute of Medicine. According to Wenger, women in research have been neglected for all but their breasts and reproductive organs. Wenger calls this “bikini medicine.”

“In the earlier years, even the basic research was done on male animals,” she said. “It was cheaper.”

Kim Tofferi, with her sons Tim, Jordan and Tad, and late husband Ernie, who died at age 47 from a heart attack.
Courtesy Kim Tofferi

Heart attacks can happen at any age

A number of policies aimed at boosting gender equality in federally funded animal and cellular research have died in Congress. National recommendations like the 1977 research guidelines by the Food and Drug Administration “effectively excluded women of childbearing potential” from clinical studies. These guidelines were overturned in 1992 (PDF), and more recent policies have encouraged inclusion of women and their data.

The National Institutes of Health instituted a policy last year requiring that researchers specifically justify any research on only one sex. Today, women make up “roughly half” of all participants in clinical studies supported by the centers.

For men’s heart health, a long history of research paid off in droves, said Wenger; heart disease among men dropped precipitously from the 1980s. But women would not see the same benefits until the 2000s.

The way to a woman’s heart

Medicine was slow to adopt the concept of gender differences, Wenger said, but when it came to heart health, the differences were plentiful.

What causes a heart attack? Cholesterol is a big factor
CNN

Almost half of all heart attacks are 'silent'

Nearly half of women in one study didn’t have the classic warning signs of a heart attack. Instead of chest pain, they were more likely than men to describe symptoms like nausea and vomiting, trouble breathing and pain in the jaw, arm or back.

Some risk factors for heart disease – such as premature birth and autoimmune conditions like lupus – are unique to women. Certain heart medications can also affect women differently. And the tests doctors use to diagnose heart disease may be biased toward men.

The traditional treadmill test, which uses benchmarks largely set by men, may give a false estimate of a woman’s risk of heart disease. Angiograms and CT scans can miss the causes of heart attacks in women, whose smaller arteries are prone to conditions that may not show plaque buildup. A “clear” scan does not mean a woman is out of the woods, researchers warn.

These tests still offer crucial information, Goldberg said, but doctors should know which test to choose and how to interpret them.

Though heart attacks often arise from a blocked artery, women are more likely to have conditions that affect the walls of arteries but do not block them. Researchers now suspect that these kinds of heart attacks, some thought to be rare and fatal, have also been happening in obscurity.

Ellen Robin, a health care administrator in San Diego, experienced this firsthand when, in 2010, “an elephant walked into the room and sat on my chest.”

Her husband tried to convince her over the phone that she was having a heart attack, but all Robin could think about was the ambulance bill. So she drove herself to the hospital, where her doctors hooked her up to an EKG.

Her reading was normal, but her symptoms did not stop.

She was given an appointment two days later at a catheterization lab, where doctors open up blocked arteries with stents. But she had another heart attack the night before her appointment.

Can you be too fit for a heart attack?

“In the meantime, I’m thinking, ‘that’s what I get for eating a hamburger,’ ” Robin said, adding that she was an otherwise healthy 54-year-old with a normal weight and blood pressure.

When she finally arrived at the cath lab, doctors put a stent into one of the tiny arteries supplying blood to her heart. But she wasn’t having an ordinary heart attack. The artery tore, and her doctors added three more stents.

Robin was diagnosed with a rare type of heart attack known as spontaneous coronary artery dissection, or SCAD. There was no plaque blocking her artery; rather, the artery’s inner wall had suddenly torn. Blood then pooled between the layers of the arterial wall, like a blood pressure cuff filling with air, and blocked the flow of blood to her heart.

She recalled her doctor saying, “I’ve never had a SCAD patient in the 30 years that I’ve been a cardiologist.

“We usually find you in the morgue.”

Advocacy drives a change of heart

Like the discovery of widespread heart disease among women, doctors are finding that SCAD is more common than previously thought. With an increase in awareness has come an increase in research and resources for heart conditions that affect women, Wenger said.

Dr. Sharonne Hayes, a cardiologist at the Mayo Clinic and founder of its Women’s Heart Clinic, originally thought it was near-impossible to do research on SCAD. She expected to see no more than one or two cases in her career.

“Most of the cases were in the pathology literature, so it was (thought to be) almost universally fatal,” said Hayes, who has educated patients through the advocacy organization WomenHeart for over 15 years.

In 2009, a woman named Katherine Leon approached her at a WomenHeart conference and asked, “What is Mayo doing about research on SCAD?”

“It’s probably so rare,” Hayes replied. “We could never research it.”

Leon was a member of an online message board for women with heart disease. She was one of 70 in a subgroup for SCAD survivors. These women, who were scattered all over the world, were looking for someone to research them; they didn’t believe that SCAD was as rare and deadly as their doctors had led them to believe.

Hayes went home and looked for the largest study on SCAD she could find: It had 42 patients. She was stunned.

“I had just been told that there were 70 women who had all gotten together and were eager for somebody to do research,” said Hayes.

What causes a heart attack? Cholesterol is a big factor
CNN

This might be how stress and heart attacks are linked

Hayes managed to collect and verify the medical records of her first 12 SCAD patients. She published her first paper on SCAD in 2011.

“We scaled it up, thinking that maybe we’d someday get 200 patients enrolled,” she said.

A couple of months ago, the Mayo Clinic SCAD Research Program enrolled its 700th patient.

SCAD survivor Robin, who now runs a Facebook group of about 1,200 other survivors, is one of those research participants helping answer key questions like why SCAD recurs in some people and how doctors can better diagnose and treat it.

Women’s health advocates point to SCAD as a recent example of how the medical field can be pushed to address gender disparities in heart health through science, advocacy and awareness.

“It’s about empowered women and what they can do when they’re determined,” Hayes said.

Other organizations, such as WomenHeart and the American Heart Association, have launched their own campaigns. The heart association founded “Go Red for Women” in 2004. In 2012, it also released “Just a Little Heart Attack,” an ad starring actress Elizabeth Banks as a busy mom with no patience for a heart attack. 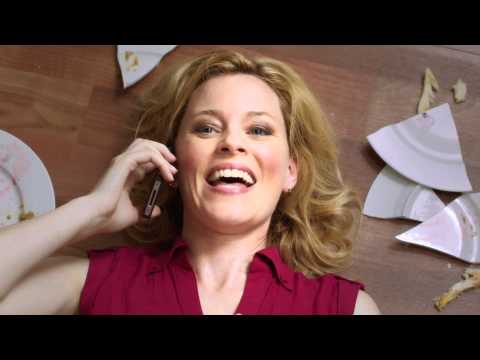 Awareness of heart disease as the No. 1 killer among women nearly doubled in the 13 years after the heart association launched its first campaign geared toward women, “Take Wellness To Heart,” in 1997.

“It’s a work in progress,” Goldberg said, but it’s paying off.

In 2013, fewer women than men died of cardiovascular disease for the first time in nearly 30 years.

“We were delighted to be in second place,” Wenger said, adding that the gender gap in heart health is far from closed, especially in a field with so few female cardiologists like herself.

“There’s lots of work” left to do, she said. “I think we’ve just begun the journey.”