‘We The Workers’: On the front lines of China’s record-level labor unrest 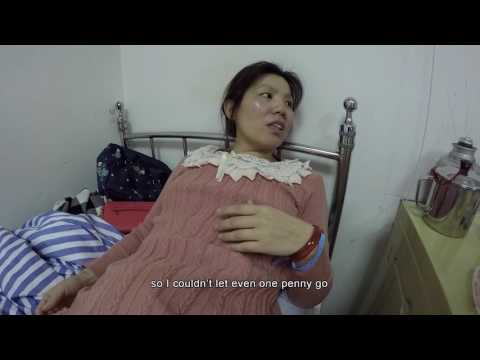 Documentary explores how NGOs help workers fight for their rights

“One word the police use a lot is ‘troublemakers’.”

The hint of a smile crosses Zhang Zhiru’s face as he says this, crammed in an elevator with the contents of his office, which he has had to move more than a dozen times in recent years.

Zhang is one of a shrinking number of Chinese labor activists helping workers in the world’s second largest economy fight for their rights – an ongoing crackdown has seen dozens detained and slapped with heavy prison sentences.

They are the subject of “We The Workers,” a new documentary by Hong Kong-based filmmakers Wen Hai and Zeng Jinyan, shot over six years from 2009 to 2015 in Guangdong and other parts of southern China.

That period saw huge growth in the number of strikes and worker protests, from less than 200 in 2011 to over 2,700 in 2015, according to China Labor Bulletin (CLB). Last year the number of incidents held steady at around 2,650.

The government has responded in large part by blaming activists like Zhang for stirring up unrest.

While much has been written about strikes and protests, Wen’s film offers rare insight into how such collective action is planned and organized, and how hard NGO employees try to stay within the moving goalposts of what activism is permissible in China.

According to the most recent annual report from China’s National Bureau of Statistics, more than 2.7 million migrant workers – around 1% of the total – weren’t paid on time in 2015, the highest number in five years. Workers also face insufficient safety regulations, gender and other discrimination, and being deprived of their social security rights.

Groups like the Panyu Workers Center, founded by Zeng Feiyang in 1998, help people seek legal redress from their employers as well as apply for government assistance.

According to Manfred Elfstrom, an expert on China labor movements at Cornell University, for a long time such groups were tolerated by the government and even occasionally encouraged by local authorities. This all changed in 2015, he said, when “the crackdowns have gotten increasingly severe.”

The sudden shift in attitude caught even Wen off guard. “During the early process, I didn’t realize that it would be a danger and risk for me … to make such a film,” he said.

“What they’re doing is within the Chinese legal framework, they’re trying to help vulnerable workers get their salary back.”

Many workers, even those who understand their rights, do not know how to go about fighting for them. In one scene, as activist Lin Dong hands out labor law handbooks, an angry factory worker accosts him.

“We’re supposed to have a lot of things! What good is the law?” the man asks, as Lin attempts to explain the benefits of collective rather than individual action.

“This isn’t a piece of cake, you have to fight for your rights,” Lin says.

But even though the activists work within the law, they often aren’t protected by it. During filming, organizer Peng Jiayong was abducted and savagely beaten, ending up in hospital. Since 2015, dozens of other activists and lawyers have been detained, arrested and harassed.

In September, Zeng was given a suspended three year prison sentence for “gathering a crowd to disturb social order.” Peng and Deng Xiaoming, another organizer featured in the documentary, were also arrested around the same time and are currently out on bail, according to the US Congressional-Executive Commission on China.

Wen said he hopes “We The Workers,” which premiered this month at the International Film Festival Rotterdam, will shine a light on the important work done by activists like Peng and his colleagues.

The film was inspired in part by the director’s work in the Middle East and North Africa. “In Tunisia, after the revolution, the country moved in a positive direction because it already had labor organizations, different kinds of NGOs and a strong civil society, which makes social transformation possible,” Wen said.

He contrasted this with Syria, which since 2011 has plunged into chaos and civil war that has cost more than 400,000 lives.

“It made me rethink just how important civil society organizations are,” he said. “Because (Peng) Jiayong and the other NGO workers, they are a very constructive power in rebuilding our society.”

Strikers and Panyu Workers Center activists celebrate in late 2015.
We The Workers

Despite the immense pressure on its subjects, “We The Workers” ends on a positive note, at a celebration held by employees of Lide Shoes, who won major concessions after almost a year of strikes and other collective action.

“There’s only one way: solidarity,” Panyu activist Zhu Xiaomei says in the film.

Keegan Elmer, a researcher at CLB, said the group’s statistics showed that, despite the crackdown “workers have by no means stopped going on strike and fighting for their rights.”

Unrest has also spread from traditional industries to the new tech businesses Beijing is relying on for future economic growth, CLB has found.

“No matter in which direction the economy seems to expand, we find worker actions developing there – from e-commerce, to banks and financial services, to computer animation,” Elmer said.

Wen is optimistic. “Even though now the situation and crackdown is very depressing, in the long term, workers’ agency, their ability to defend their rights, and the awakening of their human consciousness is improving,” he said.