Tournament a precursor to 2018 World Cup

Russia spends over $10B on World Cup

Russia hasn’t had it easy since winning the right to stage the 2018 World Cup.

The secret ballot it won in 2010 – beating bids from England, Portugal/Spain and Netherlands/Belgium – was mired in controversy, with soccer’s governing body FIFA having to investigate claims that bribery influenced the voting process.

Russia’s football fan culture has also come under considerable scrutiny due to hooliganism and racist abuse of black players.

With 100 days to go before the start of the Confederations Cup – a FIFA tournament that acts as a precursor to next year’s World Cup – just how ready is Russia to host arguably the world’s biggest sporting event?

The tournament pits the winners of each of world governing body FIFA’s six continental tournaments against the previous World Cup Finals winners, and future hosts – in this case Russia – a year before its showcase tournament.

A festival of violence or football?

Violence broke out in the French city of Marseille during Euro 2016.
Reuters

Images of the bloody violence in the French city of Marseille during Euro 2016 put the spotlight on Russian hooliganism, and many fear a repeat of those brutal scenes at next year’s World Cup, which will be held from June 14 to July 15.

Russian football fans were blamed for the trouble, which centered around the group-stage match between Russia and England. More than 100 fans were injured, and 30 hospitalized.

Indeed, the lives of five were in the balance following street clashes described by one England fan as a “war scene.”

READ: Who are Russia’s hardcore hooligans?

Igor Lebedev, deputy chairman of the Russian parliament, initially congratulated the attackers for defending their country’s honor, and this month he proposed that the solution to Russia’s problems was to make hooliganism a spectator sport.

Lebedev, also a board member of the Russian Football Union (RFU), said such a move “could turn fans’ aggression in a peaceful direction.”

Further highlighting the extent of the problem Russian authorities face was the fighting between hooligans from CSKA Moscow and Zenit St. Petersburg during a Russian Premier League game last weekend.

An English fan injured after a street brawl is helped by a rescue squad at Euro 2016.
JEAN CHRISTOPHE MAGNENET/AFP/AFP/Getty Images

FIFA president Gianni Infantino has said he is “not at all concerned” by the threat of fan violence, while the Russian government has introduced ID cards to discourage hooliganism.

To watch World Cup and Confederations Cup matches, every supporter will need to carry the cards, which consist of a photograph and contact details and also act as visas.

FIFA told CNN that it had “full trust” in the arrangements being made by the Russian security authorities.

It said Russia had been exchanging information with European football’s governing body UEFA and organizers of Euro 2016 about the trouble in Marseille.

“Fans from all over the world can surely expect a friendly and festive atmosphere in Russia during the Confederations Cup and the World Cup,” a FIFA spokesperson said.

Mark Roberts, the head of Britain’s football policing unit, recently held a meeting with Alexey Sorokin – CEO of Russia’s World Cup Organizing Committee – and said “we are ready” for any problems which may arise.

“I am sure that Russia will do everything possible to ensure that the World Cup will be absolutely comfortable and safe for the fans,” he said on the Russia 2018 website.

Lawrence Tallis, producer of a film which portrays Russia in a more pleasing light than how the country is often shown, told CNN that the hooligans he had spoken to had predicted a quiet tournament.

“There is always a chance that people who are inclined to cause trouble will use football tournaments as a means to do just that, but everyone we spoke to in Russia – from Local Organizing Committee organizers to ultras to regular fans – were more than confident that the security clampdown is already underway,” said Tallis, of UK-based internet channel Copa90.

“The police presence at the tournament itself will ensure that nothing like the scenarios predicted will come to pass.”

Should You Be Afraid Of The Russian World Cup? | The Real Russia 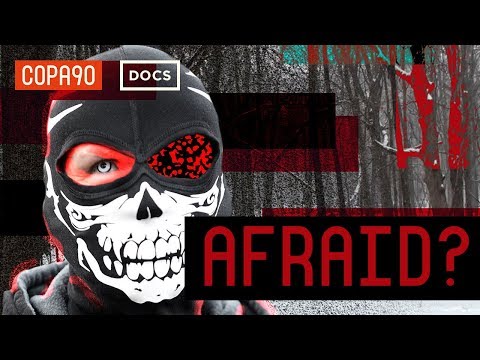 Russia, an example of global tolerance?

Players and fans from 32 countries will descend on the world’s biggest country for the first World Cup to be held in Eastern Europe, but how accepting will Russia be of its visitors?

In recent years, a number of black footballers playing in Russia’s top flight have complained of repeated and persistent racism.

Eighteen months ago, Brazil striker Hulk, who now plays in China, said he had encountered racism “almost every game” while playing for Zenit St. Petersburg.

“If (racism) happens in the World Cup, it will be really gross and really ugly,” he said at the time.

Zenit, in particular, has come under the spotlight in recent years. In 2012 a group of fans released a manifesto calling for non-white and gay players to be excluded from their team, a notice the club quickly distanced itself from.

The most recent report published by researchers from Football Against Racism in Europe (FARE) and the Moscow-based SOVA Center logged 92 incidents of discriminatory displays and chants by Russian fans in and around stadiums during the 2014-15 season – an increase on the total of 83 for the previous two seasons put together.

FIFA said it had been in contact with the RFU since 2015 and was “pleased” that Russian authorities had acknowledged racist incidents in football were “part of a serious issue that needs to be tackled.”

“In terms of sensitizing and raising awareness, the hosting of the FIFA World Cup is a great opportunity,” a FIFA spokesperson told CNN.

In 2015, Smertin denied racism was a problem in Russia, saying the country’s fans had taunted black players with bananas “just for fun.”

But in announcing the former footballer’s new role, the RFU said Russia should be an example of “global tolerance both on and off the football field.”

Tallis said Russia should be given the chance to show it can be a responsible host.

“We’re not claiming that everything is going to be fine, nor that it won’t be,” the filmmaker said.

“What we’re saying is that we refuse to buy in to any arguments or claims that encourage us to shut ourselves off from a nation of 143 million complex and diverse individuals, that ask us to succumb to paranoia, to feed the mistrust and misunderstanding, and to refuse the opportunity to get to know people better.”

What about gay fans and players?

Russia is not the only country where sexual minorities suffer discrimination.

But two years ago American Robbie Rogers, one of the few openly-gay, high-profile soccer players, described the decision to award Russia and Qatar the 2018 and 2022 World Cups as “insane.”

The LA Galaxy midfielder made it clear he thought traveling to those countries was a risk for gay fans and players.

A year prior to Rogers’ statement, LGBT rights had taken center stage at the Winter Olympics, held in the Black Sea resort of Sochi, after the Russian government banned the promotion of “non-traditional” sexuality in 2013, widely seen as an attack on gay rights.

Three years ago, his government’s so-called “Fans Law” came into force, regulating behavior inside stadiums and prohibiting paraphernalia and symbols of a political, Nazi, extremist or provocative nature.

FIFA said it would monitor incidents of anti-discrimination during the tournaments in Russia and would hold its annual “Anti-Discrimination Days” during the Confederations Cup semifinals on June 28-29.

READ: Russia urged to ban Beauty and the Beast

READ: Why Russia is hung up on homosexuality

Mocked on social media and Russian TV, the 68,000-capacity stadium in St. Petersburg which will host a World Cup semifinal and Confederations Cup matches was last month unveiled to the public.

Almost a decade in construction, the venue – estimated to have cost 48 billion rubles ($738 million) – had been making headlines for all the wrong reasons with problems ranging from worker deaths to alleged fraud, delays and soaring costs.

Even Prime Minister Dmitry Medvedev had called the project “disgraceful” and last year the city fired the main constructor over repeated delays.

Trouble continued in November, with FIFA expressing concerns over the retractable playing surface which it described as unstable.

But the stadium, provisionally called the Zenit Arena and said to be the most northerly arena to host a World Cup match, staged an extreme sports show in February and, this month, passed its final inspection, as did other Confederations Cup stadiums in Kazan, Sochi and Moscow.

FIFA’s competitions director Colin Smith, a member of the delegation which visited the stadium for the final time before the Confederations Cup, said the governing body was satisfied overall, although he added there were “some things that still need to be completed.”

Russia has increased spending on the World Cup by $326 million, state media reported last month, bringing the total cost of hosting the event to over $10 billion. It is $5 billion less than the cost of the 2014 World Cup in Brazil, and considerably cheaper than the $50 billion it cost to host the Winter Olympics in Sochi.

The tournament will be held in 11 cities in three different time zones; with a 400-mile average distance between the venues, there is potentially a lot of ground for fans to cover.

Cranes are seen at the construction site of the new football stadium in Rostov-on-Don on July 14, 2015.
VASILY MAXIMOV/AFP/AFP/Getty Images

Matches are concentrated in the European part of the country, but Kaliningrad – the most western host city – and Yekaterinburg – the most eastern – are further apart than London and Moscow, spanning a distance of 2,000 miles.

Unsurprisingly, modernizing airports and rail and road networks has been a priority, despite an economic crisis that has forced budget cuts.

While some proposals to build a network of high-speed trains between many of the host cities were shelved, work is ongoing on a line that will cut the journey time between Moscow and Kazan from 12 hours to three and a half.

Admitting it was natural to face “challenges” when preparing for major sporting events, FIFA said: “We are on the right track to deliver a great Confederations Cup this year and an unforgettable World Cup in 2018.”

For the first time at a FIFA World Cup, some tickets will cost more than $1,000.

Fans will have to pay $1,100 for the most expensive ticket at the final, an increase from the $990 charged at the last World Cup final held in Rio de Janeiro.

The cheapest tickets for non-Russian fans will cost over 16% more than non-Brazilians paid at the 2014 World Cup, with the most affordable tickets for group stage games available for $105 – a $15 increase on the equivalent ticket in 2014.

Russian residents are being offered discounted rates, with the cheapest tickets on offer at 1,280 rubles ($20).

For the Confederations Cup, ticket prices have increased by 25% since the last tournament in 2013, while the event will also trial tickets for supporters classified as obese.

The Special Access Ticket for extra-wide seats in easy-access areas can be purchased if a signed doctor’s note, stating the person’s Body Mass Index, is presented during the application process. FIFA class an obese person as someone whose BMI “is equal to or exceeds 35 kg/m2.”

How will the national team perform on the pitch? Euro 2016 was a tournament to forget for the World Cup host after a humiliating group-stage exit.

But the poor form has continued under new boss Stanislav Cherchesov.

Russia has won just two of its last 10 internationals, and a surprise 2-1 loss in Qatar last November led to criticism from Putin.

“We haven’t seen beautiful play from the national team for a long time,” the president said.

Whether Russia can improve at the Confederations Cup – an eight-nation event running from June 17-July 2 – is open to question.

The host has been grouped with European champion Portugal, New Zealand and Mexico, while World Cup titleholder Germany heads the other group along with Chile, Cameroon and Australia.