US will investigate allegations of civilian casualties, military official says

The US military has said it conducted airstrikes in a northern Syria location where local reports say a mosque was struck and more than 40 people died, but the military denies it bombed a place of worship.

Instead, a US military official said, Thursday’s airstrike along the border of Idlib and Aleppo provinces struck a building believed to be hosting an al Qaeda meeting near a mosque.

That building was 40 to 50 feet from the mosque, but recent satellite imagery shows the mosque still is standing, the official said.

News about the airstrike emerged from local reports, via the UK-based Syrian Observatory for Human Rights, saying warplanes bombed a mosque in the village of al-Jena, killing at least 42 people and injuring dozens of others.

Most of those killed were civilians, the observatory said.

The group, which did not say whose warplanes conducted the strike, said search and rescue efforts were ongoing and told CNN the death toll was expected to rise because dozens of people remained under rubble.

The attack was also documented by the Syria Civil Defense, better known as the White Helmets, which seemed to corroborate that the strike hit a mosque in the village. The volunteer emergency medical service posted video of what it says shows its rescue operation amid the ruins of the mosque. 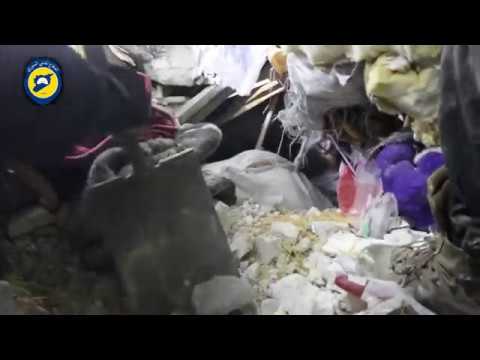 The US military official, who spoke on condition of anonymity, confirmed that American planes conducted an airstrike in the area in question.

The airstrike killed “several terrorists,” the US military said in a statement Thursday.

US Central Command to investigate

US Central Command will look into any allegations of civilian casualties in the area, the official said.

Idlib has been a significant safe haven for al Qaeda in recent years, the official added.

In January, a strike destroyed an al Qaeda camp, where more than 100 fighters were being trained in terror tactics. Earlier reports suggested that airstrike killed as many as 300 people.

The United States has targeted al Qaeda fighters in Syria in past strikes. The Pentagon said 10 al Qaeda operatives were killed near Idlib in February. A US senior defense official told CNN an unmanned drone carried out that strike.

US airstrikes have hit civilian facilities before. In 2015, a US airstrike hit a hospital run by Doctors Without Borders in Kunduz, Afghanistan, killing 42 people.