His newest album, "Rather You Than Me," dropped at midnight Friday

Rapper Rick Ross discussed his new album and shared his thoughts on President Donald Trump’s feud with Snoop Dogg in an interview with CNN at the South by Southwest music festival in Austin, Texas.

“It’s good to see the big homie speak his mind and have fun doing it, and knowing that America supports him,” Ross said, voicing his support for his fellow rapper before hosting MTV’s Woodie Awards Thursday night, where he closed out the show with a high-energy performance of “Trap Twrap Trap,” featuring DC rapper Wale. 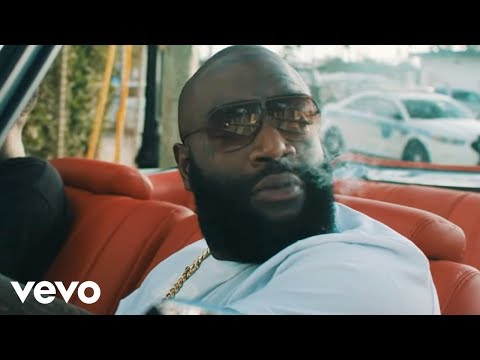 Ross was referencing Snoop Dogg’s music video for “Lavender,” which features a scene in which a gun that shoots a flag reading “BANG” is pulled on a clown Trump lookalike.

“Can you imagine what the outcry would be if @SnoopDogg, failing career and all, had aimed and fired the gun at President Obama? Jail time!” Trump tweeted Wednesday, three days after the video’s release.

Ross, who has been an ardent critic of the President, is no stranger to Trump-related music controversies himself. In his 2015 song, “Free Enterprise,” he raps about assassinating Trump: “Assassinate Trump like I’m Zimmerman / Now accept these words as they came from Eminem.”

Billboard reported in December 2015 that Walmart allegedly pulled Ross’ album off the shelves because of the lyric. Walmart did not return Billboard’s requests for comment.

Ross has never shied away from expressing his political views, and his newest album touches on the issues he cares about.

“The title, ‘Rather You Than Me,’ that’s just the perspective of a young black dude coming up in an urban community,” the Florida rapper said. “As soon as the music come on, just let the music talk to you. You know I’ve always been open and I speak my mind on whatever the topic may be.”

The hip-hop star got political at the Woodie Awards, which recognizes the music voted best by college students, telling the audience during the live broadcast on MTV that in this divided time, it’s good to get together and be united by music.

“The Woodies always been cool to me because it was a spot you can see artists while they’re still underground, before they’ve achieved mainstream success,” he told CNN. “When I came and performed at the Woodies, that was real big for me.”

El Paso R&B artist Khalid, who performed his hit “Location” at the show, won “Woodie to Watch,” and The Chainsmokers, who presented Khalid with the award, won “Woodie of the Year.”

Ross told audiences during the live MTV broadcast that he would make a great president because he would “pass the kind of laws we can support,” and asked them to “Vote Rozay” – a reference to the rapper’s nickname, “Ricky Rozay.”

He jokingly outlined his platform, but also touched on issues that he cares about, such as marijuana legalization:

“No. 1, we make Ice Cube’s birthday a federal holiday. Free haircuts at the barbershop on Fridays,” Ross joked. “No. 2, you all have to go out and buy my new album available at 12 a.m., baby! Of course, I’ll legalize marijuana everywhere. God bless, everybody! Vote Rozay!”

His remarks drew loud cheers from the audience.

Ross said this was his first time “hosting anything,” adding that above all, he knew he would have a good time doing it.

“Me being a boss, I’m only going to have a good time,” he said. “That’s the only thing that matters.”