“Five Came Back” should be catnip for World War II and movie buffs, chronicling how legendary directors Frank Capra, John Ford, John Huston, George Stevens and William Wyler “paid a very personal price” for putting their lives and careers on hold to assist the war effort by making documentaries.

Distilling Mark Harris’ book into this three-part Netflix documentary proves a formidable undertaking, but also a classy and richly rewarding one. That Netflix will augment the project by offering works from the featured filmmakers is a welcome bonus.

After seeing German filmmaker Leni Riefenstahl’s “Triumph of the Will,” the U.S. government and filmmakers recognized the power to use cinema “in the service of propaganda,” as director Francis Ford Coppola puts it.

Director Laurent Bouzereau enlisted modern directors to help provide context, including Coppola, Steven Spielberg (who is among the producers), Guillermo del Toro, Lawrence Kasdan and Paul Greengrass. Their insights, augmented by the war footage and interviews conducted with the directors reminiscing about their wartime experiences, provides a dense tapestry of their endeavor and, not incidentally, the filmmakers’ careers.

As Spielberg notes, operating without a script placed these Hollywood artists in unfamiliar territory. Not only did going out into the field entail considerable risk, but the horrors they witnessed exacted a significant emotional toll. 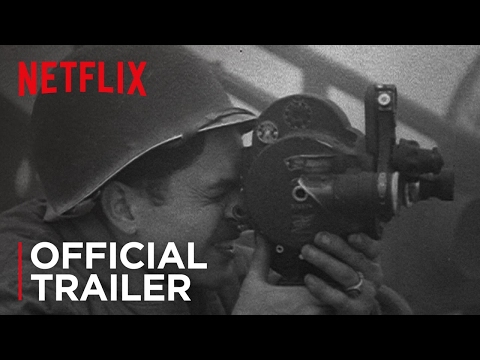 The American response sought to enlighten and entertain, motivate and bolster morale, including Capra’s “Why We Fight” series. Each director brought his own unique style to the process, from Stevens and his crew’s images from the Dachau concentration camp (footage used at the Nuremberg trials) to Stevens and Ford’s accounts of the D-Day landing.

Narrated by Meryl Streep, “Five Came Back” doesn’t skirt thornier issues raised by the films. That includes the propriety of staging sequences for “The Battle of San Pietro” (Coppola and Spielberg actually disagree about whether it undermines the film) and depictions of the Japanese that Del Toro describes as “brutally jingoistic and horribly racist.”

The most thought-provoking chapter deals with the war’s aftermath. Stevens, known for light comedies, turned his post-war attention to more sober fare like “Shane” and “A Place in the Sun,” saying, “I tried to make a comedy, and I couldn’t do it.”

Notably, most of the directors followed the war with what became signature works in their careers: Wyler’s “The Best Years of Our Lives,” which dealt with soldiers coming home; Huston’s “The Treasure of the Sierra Madre;” and Capra’s “It’s a Wonderful Life,” which flopped at the time before becoming a beloved holiday perennial.

It’s also noteworthy that the filmmakers returned to a Hollywood that exhibited scant gratitude for their sacrifice (which, in Wyler’s case, included partial loss of his hearing). If anything, Capra grumbled, they seemed penalized for having been away from the machinations of the studio system.

Perhaps understandably for a documentary about documentaries, parts of “Five Came Back” can get a bit wonky, veering into the minutia of the technical innovations used to obtain some of the war footage.

For the most part, though, the focus remains squarely on the filmmakers and the war, in what emerges as a beautifully rendered ode to the art and power of filmmaking.