“Fargo’s” “Wow, they did it again” second season has given way to a more mundane and familiar third installment – pleasurable enough, but initially feeling more like a retread of what’s come before than anything that builds on it.

Featuring Ewan McGregor in a dual role – as a pair of estranged brothers – and Carrie Coon (“The Leftovers”) as the franchise’s latest small-town sheriff, the FX series once again hinges on mistaken identity and sheer stupidity, with assorted characters dragged into an escalating scheme that’s way over their heads.

While the first season felt as bracingly creative as a chilly Minnesota wind, creator Noah Hawley appears to be settling into a more workmanlike pattern.

The real coup this time stems from casting McGregor, who plays a well-to-do businessman and his down-on-his-luck sibling, a parole officer engaged in an ill-advised romance with one of his charges (Elizabeth Winstead).

In need of cash, the latter hatches a half-baked plot to recover a long-lost item, but as so often happens in “Fargo,” good help is hard to find, causing events to gradually spiral out of control. 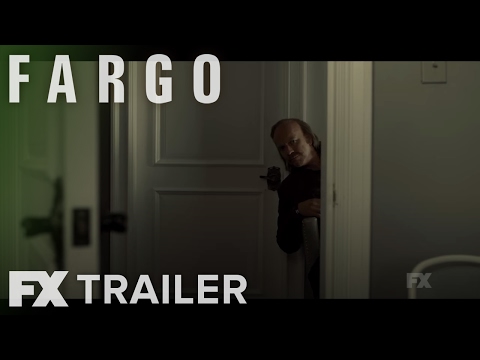 The other brother, meanwhile, and his business partner (Michael Stuhlbarg) have foolishly borrowed money from an unknown party, bringing them into the orbit of a shady and menacing hood (David Thewlis) who proclaims himself their new partner.

There are, in other words, a lot of moving parts, and most of them are interesting enough as they colorfully grind toward an inevitable collision. Yet the brilliance of season two stemmed not only from replicating the tone of the first edition (which, it should be noted, similarly echoed the Coen brothers) but adding an extra layer by looping back into its history, a generation removed.

Set in 2010, season three doesn’t benefit from that momentum in the episodes previewed, which makes the 90-minute premiere – slick, tense and quirky – fun but also a tad warmed over, all that snow notwithstanding.

As the show has established, “Fargo” represents less a place than a state of mind, and the self-contained format allows viewers to plunge into each season knowing that anything can happen, and practically anyone can die.

Still, for a network like FX, which prides itself on creative risk-taking, there’s a fine line between reprising this prestige anthology concept with new A-list talent and engaging in the assembly-line approach of the “American Horror Story” franchise.

“Fargo” certainly isn’t at that stage yet. Yet season three’s opening frames hint that the show is in danger of becoming a little too repetitive, at which point it will be time to start at least thinking about a trip to the wood chipper.