Members of the British Royal Air Force are sending a message to ISIS in a storied way – scrawled on the outside of a bomb.

“Love From Manchester ❤,” it reads, in all caps.

The photo of the message began circulating on social media on Thursday. It’s unclear when or where the image was created or if the bomb was ever dropped – but in an email to CNN an RAF spokesperson confirmed the photo is “genuine.”

The RAF has taken part in airstrikes against ISIS targets in Iraq and Syria.

Messages written on bombs are a sort of tradition amongst air crews.

When ISIS videotaped the burning to death of a Jordanian pilot in February 2015, Jordanian air crews wrote messages in Arabic on bombs before dropping them in Syria.

Jordan steps up airstrikes against ISIS 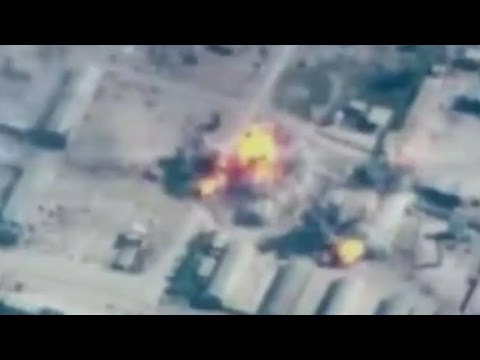 “Islam has nothing to do with your actions,” said one. Another was a verse from the Quran, “Drop upon them stones of fire and they will turn their back and run.”