The young physician was a viral singing sensation

Cowell said he was one of the best so far

“America’s Got Talent” aired an audition on Tuesday night of a rising star who was killed last month in a car crash.

Brandon Rogers, a physician from Portsmouth, Virginia, was 29 years old and already a viral video star.

On Tuesday’s episode the NBC reality competition first issued a statement before launching into tape of his audition.

“On June 11th one of our contestants, Brandon Rogers, tragically passed away in a car accident,” the statement read. “At the request of his family we would like to honor his memory by sharing his audition with you.”

The singing doctor explained he was drawn to medicine because of a near tragedy.

At the age of 6, he said, he came home from school to find his mother lying in a pool of blood.

“We rushed her to the hospital, the doctors were like heroes,” Rogers said. “They saved her life and it made me want to be the doctor that I am today.”

“My way to cope with the stress has always been music,” he said. “If I could find a way to combine being a doctor and medicine with music and singing that would be a dream come true.”

Rogers became a viral singing sensation after he posted a video of himself last year, in his scrubs, singing the Boyz II Men hit “On Bended Knee.” The Instagram video has since amassed nearly 90 thousand likes.

The R & B group was so impressed that they invited Rogers to perform with them in Las Vegas for three nights. 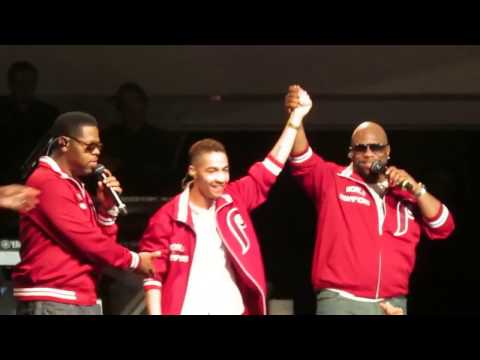 After his death the group posted a tribute to Rogers.

“It hurts to know that the world will never have a chance to witness what his impact on the world could have been as a Doctor and even on the music world,” they wrote on their official Instagram account. “A great spirit and a great voice.”

On “America’s Got Talent” Rogers sang Stevie Wonder’s classic “Ribbon in The Sky” and earned rave reviews from the four judges, Mel B, Simon Cowell, Heidi Klum, and Howie Mandel.

“There is something so special about your voice,” Klum said.

“I’ve never said this to a doctor before,” Cowell said. “You’re sick. You are one of the best singers we’ve had in the competition so far.”

Rogers earned four yes votes to continue on in the competition.