Big Boi talks ‘Boomiverse,’ police brutality and politics: You can’t ignore the will of the people

"The anti-establishment does have a voice, and the Democrats need to listen to that," Big Boi says

"The police are not playing by the rules," he says of the shooting death of Philando Castile

Big Boi is back and booming with new music and a message to politicians, particularly Democrats, in America: You cannot continue to ignore the will of the people.

“I’m on the stump like the black Trump, but the people love me. You know what I’m saying?” the Atlanta rapper joked in an interview with CNN’s #GetPolitical series.

Antwan “Big Boi” Patton, who is half of the six-time Grammy-winning hip-hop duo Outkast, released his third solo studio album, “Boomiverse,” last month. The album touches on everything from relationships to politics and includes songs such as “Kill Jill,” featuring his fellow Atlanta rappers Jeezy and Killer Mike, “Mic Jack” featuring Maroon 5’s Adam Levine and “In the South,” featuring Gucci Mane and Pimp C.

The rapper, who supported Democratic candidate Bernie Sanders in 2016, was critical of the American political establishment years before anti-establishment voices became more mainstream, defining 2016 politics on both the left and the right. 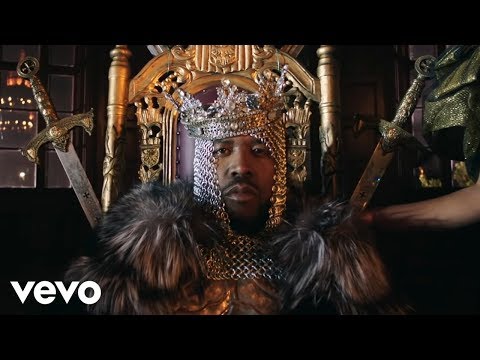 “I think where the Democrats messed up was when, you know, everything came out when they were, you know, kind of being sleight-handed to Bernie. He was the candidate that people wanted … They kind of shot themselves in the foot,” he added.

Chopping it up With Bernie Sanders #FeelTheBern #BernieSanders #BigGrams pic.twitter.com/Uk4LfpxrL1

‘The police are not playing by the rules’

When asked about the issues he is currently passionate about, Big Boi lamented the shooting death of Philando Castile — a 25-year-old black man who killed by a police officer in St. Paul, Minnesota, on July 6, 2016.

Jeronimo Yanez, the Minnesota police officer who fatally shot Castile, was found not guilty of second-degree manslaughter on June 16. He also was acquitted of two counts of intentional discharge of firearm that endangers safety.

T.I. speaks out on police brutality

“We’re getting a chance to see more of what’s being done to unarmed citizens as well as those who are licensed to carry like a Philando Castile,” Big Boi said. “We’re seeing the videos, we’re seeing these people being murdered in cold blood like with Philando Castile … it’s a travesty; it makes you angry, and, you know, it just stirs the fire in people’s hearts.”

Castile’s death garnered widespread attention – and sparked nationwide protests over the use of force by police – after his girlfriend, Diamond Reynolds, broadcast the shooting’s aftermath on Facebook Live.

CNN IMAGES S066592616 S066592623 S066592825 Content Date: 7/7/2016 Headline: MN/ Philando Castile Shot and Killed During Traffic Stop Caption: Authorities say that a man is dead after being shot by police Wednesday evening after being pulled over in a traffic stop.
Facebook/Philando Castile

Activists accuse NRA of racism for silence over Philando Castile

But Big Boi said that despite the national spotlight on this issue, convictions in cases of police brutality are rare and demonstrate an absence of justice in the law itself.

“I don’t want to say what NWA said,” Big Boi said, referencing the legendary rap group’s “F— the Police,” a 1988 song that addresses police brutality. “But the police are not playing by the rules, you know what I mean?” he continued.

“So you can film all the videos and record everything you want to … if there are no convictions behind this, then everything gets swept under the rug. I just think this is wrong and we gotta continue to fight and protest and march.”

The rapper, who founded a non-profit organization that teaches children to be socially conscious, urged young people to engage politically: “Cast your vote, use your rights and be heard.”

“I think now that Trump is in office, what people need to do is go out and you have to vote in your state and local elections as well,” he said. “You have to start from your corner and your block to make your voice heard.”