One of the breakout success stories of Kenya’s tech ecosystem has been plunged into crisis.

Mapping platform Ushahidi reached global prominence when it was used to monitor the 2016 US election by allowing voters to report irregularities. The technology has been used to track war crimes in Syria and forest fires in Italy. The company has won prestigious prizes and gained heavyweight investors.

But Ushahidi – which means “testimony” in Swahili – has been rocked by damaging allegations of sexual harassment against a senior executive, and fierce criticism of the company’s response. 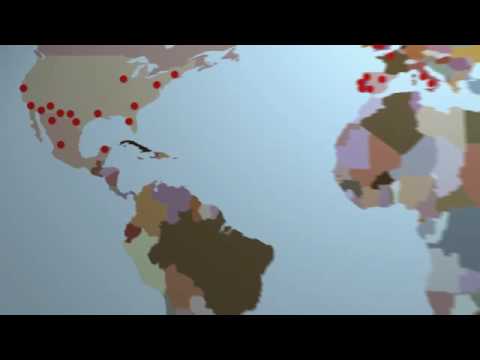 On July 21, Ushahidi announced that Executive Director Daudi Were had been dismissed with immediate effect, following “exhaustive consideration of the testimonies and evidence tabled by the respective parties in a sexual harassment claim.”

Were has not been charged with any crime, the company confirmed. The former director did not respond to a CNN request for comment.

“Sexual harassment is abhorred anywhere, and we are devastated that it happened here at Ushahidi,” the statement read. “We are sorry that this happened to you.”

The statements followed an article by Kabari herself on July 20 that details her experience of harassment by Were at a company retreat in January 2017.

The former employee also attacked the company for a slow and “opaque” investigation, accused senior colleagues of seeking to protect Were, and expressed disappointment at a lack of compassion from the company as her health deteriorated following the January incident, which resulted in her eventual departure.

“In order to begin the healing process within the company, and for the world to begin to regain confidence in Ushahidi, the Board should resign in its entirety,” Kabari concluded.

There is widespread support for Kabari across Kenya’s “Silicon Savannah” tech scene, and pressure has been mounting on Ushahidi for months. The company received the original harassment allegation on May 4.

Prominent personalities within the industry have called on donors to stop funding Ushahidi, and a group of Kenyan entrepreneurs demanded a new code of conduct on sexual harassment.

If Ushahidi doesn't act, then what? We petition their funders IMO.

Neither Ushahidi’s apology nor the removal of Were are likely to resolve an episode that has caused outrage across the tech industry.

“I don’t think it was a real apology and they need to try again,” says Clara Wanjiku Odero, a consultant for African startups who also writes about the tech scene, and supports Kabari’s call for the board to resign.

“The simple fact is they will never have the moral authority to run the company,” says Odero. “They failed to witness what was happening and to treat it with the seriousness it deserved. They were covering their behinds not taking care of their employee and for that reason I think they should leave.”

Supporters of Kabari are continuing to lobby donors and partners, which may be having an effect.

The Institute of Development Studies (IDS), part of the “Making all voices count” consortium with Ushahidi, expressed “deep concern” over the harassment case and said its consortium partners would be “liaising closely with donors regarding this matter.”

Ushahidi is hoping to draw a line under this episode and press on with its work.

Former Chief Operating Officer Nat Manning has been appointed as interim executive director, and the company will be busy monitoring the upcoming general election in Kenya on August 8.

The company rejects calls for the board to resign and stands by its investigation.

“The Ushahidi board, which is made up of two women and two men, took very seriously its responsibility to guarantee that justice was served,” Manning told CNN. “Every personal and professional effort was made to ensure that the parties were treated fairly and that the trauma of the process was minimized. The unequivocal dismissal of Mr. Were indicates that the board has done its job in good faith.”

The new executive director hopes that the company will soon be generating positive headlines again.

But it may be a struggle to restore the shine that has come off one of the Silicon Savannah’s brightest stars.