Legendary heavyweight boxer Wladimir Klitschko has called time on his illustrious career after 21 years in the ring.

The Ukrainian won 64 of his 69 fights and famously retained his IBF heavyweight title for over nine years — the second-longest reign of all time behind Joe Louis.

His retirement, announced Wednesday in a video on his website, ends talk of a highly-anticipated rematch with Britain’s Anthony Joshua who defeated Klitschko at Wembley Stadium in April.

“As an amateur and a professional boxer, I have achieved everything I dreamed of,” said Klitschko. “Now I want to start my second career after sports.”

“I would have never imagined that I would have such a long and incredibly successful boxing career.” 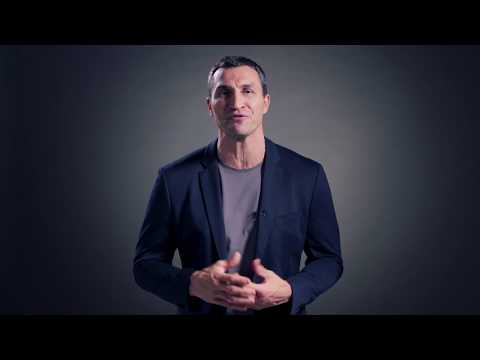 Klitschko, 41, had been expected to fight Joshua on November 11 at the T-Mobile Arena in Las Vegas, following his 11th-round defeat.

Instead, he expressed his excitement to embark on the “next chapter” of his life – adding it could be “even more successful” than his sporting endeavors.

“Twenty-seven years ago I started my journey in sport and it was the best choice of a profession I could have ever made,” said Klitschko.

“I was, and am still capable of, doing all this because of the global appeal of the sport of boxing, my own talent, and most importantly because of you, my loyal fans.”

“At some point in our lives we need to, or just want to, switch our careers and get ourselves ready for the next chapter and chart a new course towards fresh challenges.”

“Obviously I am not an exception to this and now is my turn.”

Where does Wladimir Klitschko rank among the boxing greats? Have your say on CNN Sport’s Facebook page

Klitschko, winner of super heavyweight Olympic gold at Atlanta 1996 and dominant in the heavyweight division until his shock defeat to Tyson Fury in 2015, insisted he retired “with the greatest respect for the new challengers.”

That challenger, at least for Joshua’s crown, is now likely to be Bulgarian fighter Kubrat “The Cobra” Pulev.