Faith, fury and fear: The story behind one of history’s greatest mass migrations

Millions of Indians flee their homes from India to a newly-formed Pakistan, or in the opposite direction.

In August 1947, around 12-15 million people fled their homes from one side of a new border within the former British colony of India to the other. The direction they took depended on their faith: Hindus and Sikhs came together and separated from Muslims.

An estimated 1 million people died along the way, many facing a violent end. It’s also reported that about 75,000 women were abducted and brutally raped by people belonging to the opposite faith.

What became known as partition gave birth to a new nation called Pakistan, conceived by a Muslim political party for India’s minority Islamic community. But it was fraught with problems from the moment the British hastily drew the borderline.

This took place as Britain, India’s imperial ruler, was handing back power to its colonies. The fight to gain independence for India was a tense yet tireless one for political leaders such as Mohandas (Mahatma) Gandhi, Jawarharlal Nehru, who became India’s first prime minister, and Muhammad Ali Jinnah, who became the founder of Pakistan.

But how exactly was the British colony split into the nations of India and Pakistan? And what led to one of the most harrowing events of the 20th century? Here are some of the key events that led to one of global history’s most defining moments. 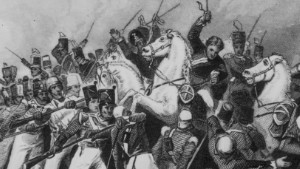 Known as the Indian Rebellion, or the Indian Mutiny, the Indian army launches a shocking and bloody nationwide attack on British officers in India.

The attack occurs during the rule of the East India Company, a British corporation originally formed to facilitate trade with the East Indies, which aggravates ties with India through a lack of consideration for local traditions.

Although the mutiny was unsuccessful, the British empire takes over the rule of India from the East India Company.

A political group called the Muslim League is formed to look after the interests of India’s minority Muslim community. 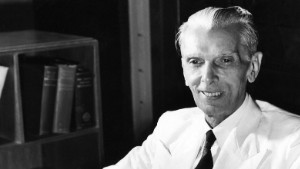 Muslim politician Muhammad Ali Jinnah becomes the leader of the Muslim League. He later goes on to become the founder of Pakistan and becomes known as “Quaid-i-Azam”, or “Great Leader”. 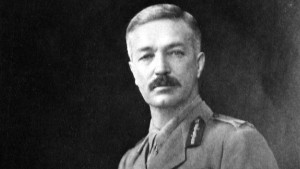 British troops, under orders from commander Brigadier-General Reginald Dyer, fire without warning on a peaceful protest of thousands of unarmed Indians in Amritsar, Punjab. Hundreds of men, women and children are killed and many injured, although the actual numbers are disputed between British and Indian authorities.

Known as the Amritsar massacre, or the Jallianwala Bagh massacre, it is one of the events that spurs lawyer, politician and activist Mohandas Gandhi to focus his efforts on separating India from the British. 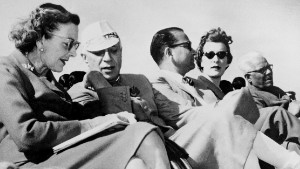 Jawaharlal Nehru joins and becomes a prominent figure in the Indian National Congress party, which campaigns for independence from the British. He is deeply inspired by Gandhi, whom he met in 1916. 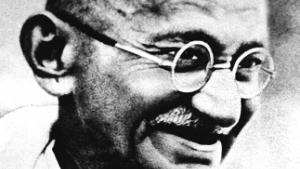 Promoting non-violence and civil disobedience, he also begins the Quit India Movement, calling for the British to withdraw from India. Believing in unity, he is wholly against the partition of the country.

The British Parliament passes the Government of India Act, which divides the country into self-ruling territories, creating a united federation similar to Australia and Canada. But India still does not have the same independence as these countries.

Following marked differences between the Indian National Congress and the Muslim League, tensions between Hindus and Muslims rise. Jinnah makes the first demand for a separate nation for Muslims. 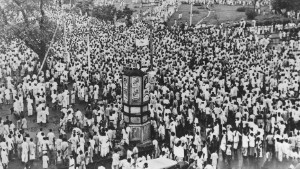 The Muslim League provincial government in Calcutta, now known as Kolkata, makes a call to Muslims for a “Direct Action Day” - ostensibly a day of strikes, although it has been open to different interpretations - to support the creation of Pakistan.

It ends up becoming a harrowing day of violence between Muslims and Hindus. At least 4,000 people are killed and more than 10,000 injured. 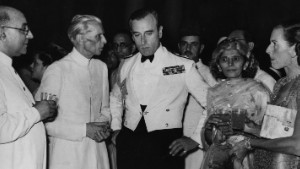 Lord Louis Mountbatten becomes the viceroy of India, responsible for overseeing the handover of power from Britain to India. He tries to maintain a united India, but the opposition from Jinnah and his supporters forces Mountbatten to reluctantly agree to divide the country. 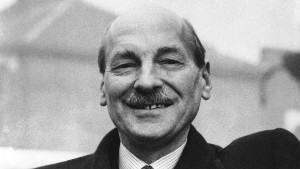 The plan to partition the Indian subcontinent is announced by then-Prime Minister of Britain, Clement Attlee, to the House of Commons by radio, which is then broadcast to India from Delhi.

Attlee says power will be handed to the Indian people before June 1948, but it happens far sooner than that.

Cyril Radcliffe, the British judge responsible for sketching the line that would divide the nation, arrives in India. He doesn’t visit the points where the land will be divided and stays in the country for only six weeks.

It’s reported that Radcliffe finished drawing the line on this date – but Viceroy Mountbatten keeps it a secret so the British won’t be blamed for any violence. 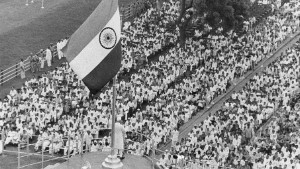 Though planned to take place before June 1948, Pakistan gains independence on August 14, 1947 and India the day after – ten months before the scheduled date, and without the border finalised.

Before the strike of midnight on August 15, Nehru, appointed India’s first Prime Minister, delivers his famous and rousing ‘Tryst with Destiny’ speech from inside Parliament in the country’s capital of New Delhi.

The border line, cutting through Bengal in the east and Punjab in the west, is confirmed two days after India becomes independent. The line is quickly marked on maps using censuses of “minority” and “majority” populations.

An estimated 500,000 – 1 million men, women and children perish in partition, although this figure varies.

Individual murders are barbaric, often involving disfiguration and dismemberment. “It seems that the aim was not only to kill, but to break people,” historian Yasmin Khan would later note. 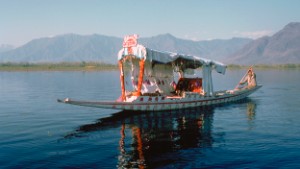 The first war between India and Pakistan takes place over Kashmir – a region in the Himalayan and Karakoram mountain ranges that both countries are still fighting over today. 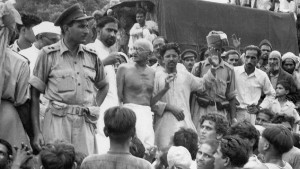 The number of evacuations in Punjab exceeds 8 million people.

About 12-15 million people flee between India and Pakistan; Muslims to Pakistan, and Hindus and Sikhs to a newly-shaped India.

An operation to recover and restore abducted women is agreed at an inter-dominion conference in Lahore, Pakistan.

Women are victims of violent sexual attacks, with approximately 75,000 women abducted and raped. Many are also reported to be disfigured or dismembered.

Gandhi is assassinated by a Hindu extremist, Nathuram Godse, as he walks from Birla House, where he lives, through the gardens for his prayer meeting. He is 78.

“Our light has gone out,” mourns Nehru, in a radio announcement of the death, as a nation plunges into mourning.

“When top leaders of Congress, with the consent of Gandhi, divided and tore the country - which we considered a deity of worship - my mind was filled with direful anger,” Godse says in a speech on November 8, 1948. 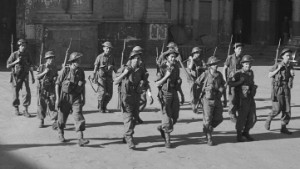 Jinnah dies from tuberculosis in his birthplace, the Pakistan city of Karachi. It’s reported his health was strained because of his work.

Indian banknotes are no longer legal tender in Pakistan.

A UN-sponsored ceasefire is announced in Kashmir. However, tensions and fighting persist.

Following partition, an estimated 14.5 million people become migrants within four years. But that number could be even higher as millions may have not been accounted for in census statistics.

Nehru dies from a heart attack. He is cremated at Raj Ghat, where Gandhi was also cremated. Many Indians are left concerned about the country’s future. 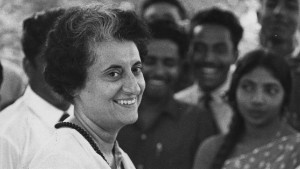 Nehru’s daughter, Indira Gandhi, becomes the first female prime minister of the country. She is assassinated in 1984. Her son, Rajiv, who succeeds her in 1984, will also be killed in an assassination. 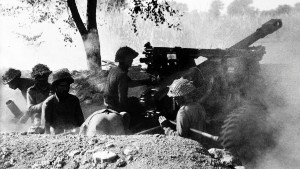 After a brutal and bloody war, East Pakistan gains independence from West Pakistan.

It becomes the nation of Bangladesh, founded by Sheikh Mujibur Rahman.

Seventy years have passed since India was divided and Pakistan was born. And tensions have persisted between the two nuclear powers, especially over the disputed region of Kashmir - a picturesque region in the Himalayan and Karakoram mountain ranges.

Four wars have been fought since 1947. The conflict in 1971 that led to the creation of Bangladesh, formerly known as East Pakistan, was the bloodiest of all, claiming hundreds of thousands of lives.

But there have been glimmers of hope. When he was elected in 2014, Indian Prime Minister Narendra Modi made various attempts to strike a bond with his country’s neighbor. He invited his Pakistani counterpart Nawaz Sharif to his inauguration ceremony in 2014. And the following year, a surprise stopover made him the first Indian PM to visit Pakistan since 2004.

Relations have gone back and forth between attempts at dialogue and frequent spats across the Kashmiri line of control, with tensions surfacing even on the big screen and the cricket field.

Partition was about enabling peace. But after seven decades, this goal is yet to be achieved.