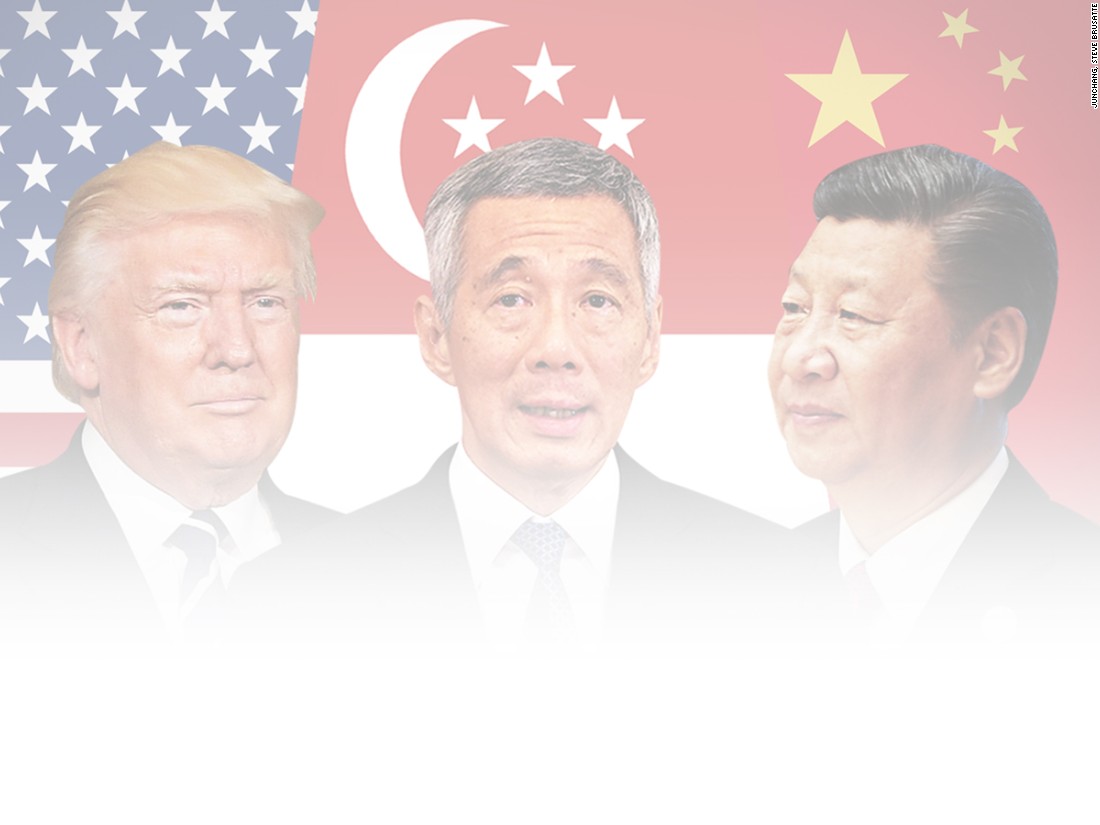 The eagle, the lion and the dragon: Singapore's future in the age of Trump

(CNN)Caught between an ascendent China and an increasingly unreliable United States, Singapore's diplomatic future is at the heart of a debate on who really calls the shots in Asia.

The Lion City has historically had strong relations with both countries, an ally in Asia for Washington during the Cold War and one of China's first partners in their efforts to modernize their economy.
Over the years Singapore has been very good at picking "the middle path" between the two superpowers, analysts tell CNN, balancing their positive relationships with both America and China.
But as new US President Donald Trump's attention drifts and Chinese leader Xi Jinping grows more powerful, Singapore finds itself in a tenuous position.
"If anyone can do this balancing act, Singapore can," Kerry Brown, director of the Lau China Institute at King's College London, told CNN.
Read More
"If Singapore can't, no one can."

The mouse who roared

Just seven years ago it seemed like Singapore's path was stable and secure.
"We are in Asia; Asia is booming," Prime Minister Lee Hsien Loong said in an interview in 2010.
"China is a big story and a major trading partner for us, but China is not the whole story ... America plays a role in Asia which China cannot replace, and nobody can replace."
Singapore, which marks its National Day August 9, is politically and geographically unique.
The South East Asian nation, which is home to a majority ethnic Chinese population, is the only country in the world to have both English and Mandarin among its official languages.
With a population of five million, the Lion City is also a international financial hub and a fiercely free market.
As its neighbors have succumbed to successive waves of political and financial turmoil, Singapore has remained prosperous and stable.
"It's a bridge between the West and the East," Wang Yiwei, professor at the School of International Studies at the Renmin University of China said.
Singapore sits on one of the world's most valuable trade routes, the Straits of Malacca, through which a huge portion of Asia's oil flows every day. The former British colony is today one of the one of the richest countries in the world, in terms of GDP per capita<