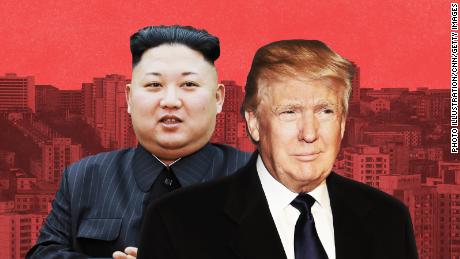 Your questions about North Korea answered

(CNN)What are the chances of a peaceful resolution between US and North Korea? Is a war really imminent? How do people in South Korea and Japan feel about the situation?

As tensions between North Korea and the US continue to escalate, CNN hosted a live chat on the messaging app LINE. More than 100,000 people tuned in to have their most pressing questions answered by four CNN reporters:

Can you give us a brief background on the latest in North Korea?

BRAD: North Korea has been rapidly improving its missile program and in July tested two intercontinental ballistic missiles (ICBM) with what analyses showed to be the range to hit the mainland United States. North Korea also possesses nuclear warheads. While we don't know if they can successfully mount a nuclear warheads on one of their ICBMs now, they are certainly closing in on that goal.
Read More
US President Donald Trump has said this would be an unacceptable situation for US security. The US has responded to North Korean missile tests and threats by putting on military shows of force of its own, including flying B-1 bombers over the Korean Peninsula.
In the past few days, the threats and rhetoric between Trump and North Korea have been heating up. Earlier this week, Trump warned that North Korea would "face fire and fury like the world has never seen" if Pyongyang keeps threatening the US. In response, North Korea said it is "seriously examining a plan" to launch a missile strike targeting an area near the US territory of Guam.
This picture taken and released on July 4, 2017 by North Korea's official Korean Central News Agency (KCNA) shows North Korean leader Kim Jong-Un inspecting the test-fire of intercontinental ballistic missile Hwasong-14 at an undisclosed location.

As the closest countries to North Korea, what's the mood like in South Korea, Japan and China?

ALEXANDRA: People in South Korea have been living under threats from North Korea for decades. 35 miles from the city of Seoul, North Korea has a range of weapons along the DMZ (Demilitarized Zone) that could do devastating damage and cost thousands of lives.
They're used to bellicose rhetoric from the North Korean regime and they tend to take it in stride. But, there's a clear sense that North Korea has made advancements that would allow the regime to threaten not just regional security but global security and that heightens risks all around.
As the US engages in a war of words with North Korea, officials in Seoul are looking for a peaceful resolution for the tension. One official from the Blue House, South Korea's presidential office, says he doesn't think a crisis is imminent but he says it's true that North Korean provocations have made the situation on the peninsula very serious.
Recently, the South Korean president has been backing measures to increase the country's defenses. To achieve that, he's seeking cooperation from South Korea's ally, the United States. It was a big topic of a recent phone call between the two presidents last week and it was a matter discussed with US Secretary of State Rex Tillerson when he visited the region earlier this week.
One of the first steps South Korea is taking is to revise its missile agreement with the US. The government here wants to increase the payload its missiles are currently allowed to carry. The goal here is defense and deterrence.
<div class="zn-body__paragraph" data-paragraph-id="paragraph_CE8DEFF8-A274-2436-30C1-CC615F