It was Pratt's first appearance since split

He thanked his his Lord and Savior

Chris Pratt has made his first public appearance since the actor and wife Anna Faris announced they were separating.

Pratt accepted an award for his performance in “Guardians of the Galaxy” during Sunday’s Teen Choice Awards, one week after fans were surprised to learn he and Faris were splitting.

During his acceptance speech, Pratt talked about moving to Hollywood from Hawaii when he was first starting out in the industry. With his long blonde hair, the actor said, an agent assumed that he surfed. Pratt told him yes, he did.

“That was the first of many lies that I told to get to where I am today,” Pratt said. 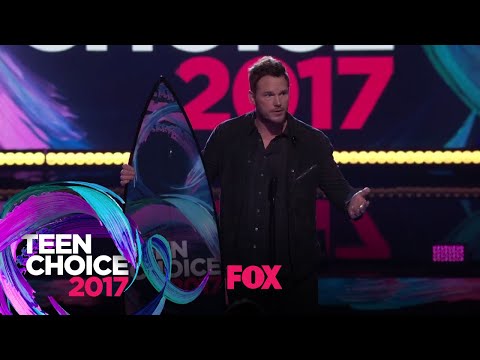 He did not mention either Faris or their son in his speech, but Pratt thanked his higher power.

“I would not be here with the ease and grace I have in my heart without my Lord and Savior Jesus Christ,” he said.

The evening was filled with performances. Visionary award honoree Bruno Mars unveiled a new music video for his single “Versace On the Floor,” which co-stars actress Zendaya.

Zendaya also took home the award for choice summer movie actress for her performance in “Spider-Man: Homecoming.” She touched on politics in her acceptance speech.

“You are the future presidents, the future senators,” she told the young crowd. “You guys are the ones who are going to make this world better.” 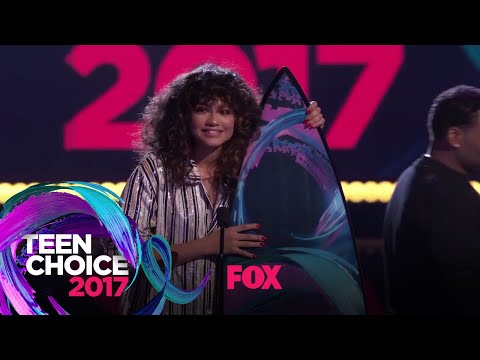 The full list of winners can be found at TeenChoice.com.