The Brian Center in Waynesville, North Carolina, was the scene of the two rapes for which Luis Gomez was convicted.

No one believed he would rape nursing home residents. Now he is going to prison

(CNN)At first, no one believed them when they said the charming, well-liked aide in the nursing home where they lived had raped them.

Claims like theirs are often dismissed as drug-induced hallucinations, signs of dementia or attempts by lonely residents to get attention. And even when the cases of nursing home residents get to court, they can fall apart when victims' memories prove unreliable -- or they are no longer alive to testify.
This time was different.
The two women made their way to the courthouse in Waynesville, North Carolina, last week to testify against the man entrusted with their care.
One entered the courtroom in her wheelchair, two oxygen tanks behind her, and defiantly described the February night when 58-year-old Luis Gomez lifted up her nightgown. He had entered her room at the Brian Center, a nursing home in the center of town, when she was alone and asked if she needed to go the bathroom. She said she did, and climbed out of bed. As she entered the bathroom and faced the toilet, she heard the door close and lock. Then, she said, Gomez raped her.
Read More 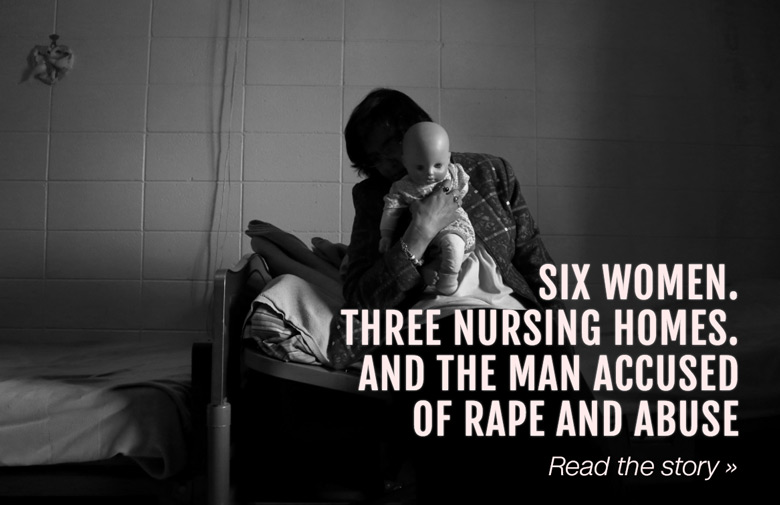 At first, no one acted on her accusation, and she feared Gomez might appear in her room again at any moment. But when a nurse insisted on notifying police -- against the wishes of her boss -- the call triggered an investigation. And women just down the hall from the resident came forward, with their own allegations against Gomez.
Now he has been sentenced to at least 23 years behind bars.
"What this man has done for a period of almost a decade is ... prey on Alzheimer's patients because they're forgetful and they can't remember and oftentimes they die," the prosecutor told the judge during sentencing.
"In 2016, Your Honor, he made the grave mistake of hurting the wrong woman. She was brave enough to tell, and she wouldn't be quiet until everybody listened. And because of her, that's the only reason that we are finally able to put him in prison."
After a weeklong trial, Gomez was found guilty of raping both women who testified against him -- convicted on six counts that included forcible rape with a physically helpless victim. He still maintains his innocence, and is appealing the verdict.

At his sentencing, the prosecutor said the